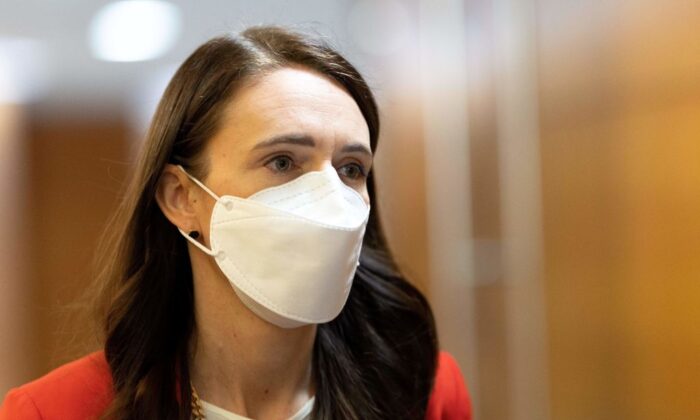 “We see such acts as the potential militarisation of the region and also see very little reason in terms of the Pacific security for such a need and such a presence,” Ardern told RNZ on Monday.

The prime minister said at the end of last year that her government had expressed concern over the direction the Solomon Islands was taking in terms of security arrangements with Beijing.

“Even then, there was talk of China’s presence as they were looking to regain stability after some significant disruption in-country,” she said.

However, the NZ prime minister also noted that it was essential to respect the sovereignty of the neighbouring nations that were “absolutely entitled to pursue their own security arrangements.”

The security agreement, if carried through, would establish a new forward position for Beijing to assert control over the Indo-Pacific.

Beijing would also be able to make ship visits for logistical replenishment and have stopover and transition in the Solomon Islands.

Former Foreign Affairs Minister Winston Peters criticised the Ardern government and said it had neglected the Pacific, calling the development a serious cause for concern.

“What is its purpose? And why is it needed? There is no military threat in the Pacific … so what would be the purpose of a security arrangement?” Peters told RNZ.

Peters said New Zealand had underinvested in the Pacific for decades; however, Ardern countered Peters’ comments insinuating that the relationship between Beijing and the Solomans’ was new.

“The Solomon Islands switched its recognition to China, from obviously the previous relationship that they had there with Taiwan in 2019 … It was a development that had been underway for some time. It was not new,” she said.

Ardern said 60 percent of the country’s total aid funding went to the Pacific and New Zealand had a strong relationship with the region.

However, she noted that New Zealand would never be able to “outspend others” and the government could only make sure the relationships with other nations were strong.

“And for the most part, I would say they are. Our relationships are long-standing,” Ardern said.

“Developments within this purported agreement could destabilise the current institutions and arrangements that have long underpinned the Pacific region’s security,” Mahuta said on March 25. “This would not benefit New Zealand or our Pacific neighbours.”

Mahuta is set to land in Fiji on Monday, her first trip as NZ foreign minister outside of her official visit to Australia.