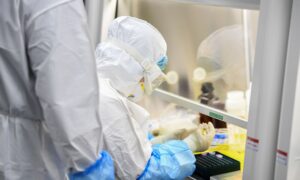 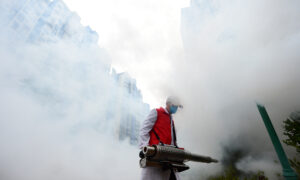 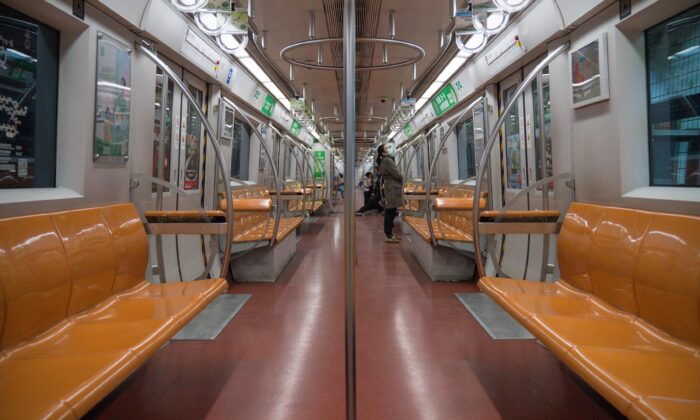 Beijing, Shanghai Announce Partial Lockdowns Because of Virus as Citizens Return to Work

After a government-mandated extended Lunar New Year break to prevent gatherings of people from spreading the novel coronavirus, China’s businesses returned to work on Feb. 10.

Since the virus broke out in the central Chinese city of Wuhan in early December, the virus has quickly reached all regions of China, with over 40,000 officially reported infections and more than 900 deaths—though experts say the true numbers are higher.

After Jan. 28, news about Xi didn’t appear on state television until Feb. 5, when a news segment aired about his meeting with the Cambodian prime minister in Beijing. The unusually long absence spurred rumors as to his whereabouts.

On Feb. 10, he reappeared in public to visit the Chaoyang district of Beijing, accompanied by Beijing Party Secretary Cai Qi, Beijing Mayor Chen Jining, and several other officials. Photos distributed on state media showed Xi wearing a face mask and keeping a distance from people during the visit.

Going Back to Work

The central government requested that all Chinese firms resume operations on Feb. 10, although some businesses in regions under strict quarantine measures remained closed.

Chinese state-run media published guidelines for people to keep from spreading the virus upon returning to work. Among them are: wear face masks when commuting to work; try to avoid touching surfaces inside public transportation; stay at least 1 meter (about 3.3 feet) away from people in the office; don’t share food with others; and wash hands thoroughly after using the bathroom.

Chinese netizens complained that it’s hard to follow the rules, especially when commuting during rush hour, when there are large crowds on the metro.

Another netizen remarked that taking elevators in office buildings is risky, as infected people can spread the virus by touching surfaces.

Local media report that many private companies asked their employees to work from home if possible. Others asked employees to bring their own lunchboxes to the office, forbade the use of central air conditioning systems, and set different working hours in order to avoid having large groups of people gather together.

“I decided to resign,” some Chinese netizens posted on their social media on Feb. 10. They said they would rather quit their jobs to avoid possibly becoming infected.

The Beijing city government announced a partial lockdown during a Feb. 10 daily briefing on the coronavirus outbreak.

Zhang Ge, deputy minister of Beijing’s Organization Department, said all residential areas and villages in the city must close their gates. No visitors may enter or leave, and residents must wear face masks, have their body temperatures taken, and carry entrance or exit permits in order to leave or re-enter their homes.

No delivery person can enter residential areas or villages, and delivery workers can only leave goods in a designated area and can’t have direct contact with the recipient, Zhang said.

For people who recently arrived in Beijing from “sensitive areas”—meaning Hubei Province, where Wuhan is located, or other cities where there are confirmed cases—or who have been in contact with people from sensitive areas, they must self-isolate at home for 14 days and sign a form of “Commitment to Quarantine.”

Schools have postponed their reopenings until further notice, and require instead that students take online classes beginning Feb. 17.

The Shanghai city government also announced Feb. 10 that school reopenings will be postponed until March.

Since Feb. 8, Shanghai city government has required body temperature screenings at the entrances of all public areas, including supermarkets.

As of Feb. 10, all four directly governed municipalities in China—Beijing, Shanghai, Tianjin, and Chongqing—issued isolation measures. The total population of these four cities is roughly 87.82 million.

To contain the virus, more than 80 Chinese cities and four provinces have announced rules to limit people’s travel, including forbidding people from attending social gatherings.

Nearly all regions of China require residents to wear a face mask when outdoors.