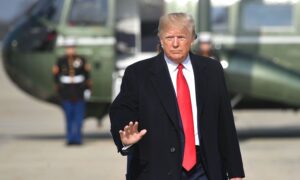 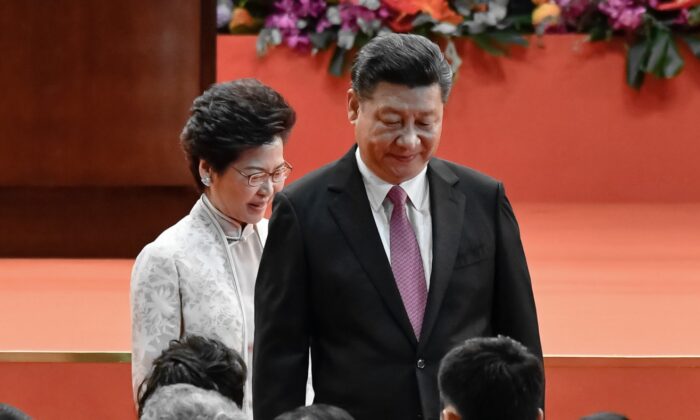 The Chinese regime is considering replacing its official liaison to Hong Kong, as it struggles to handle the ongoing crisis in the city, Reuters reported on Nov. 25.

The outlet also reported, citing unnamed sources, Beijing has established a crisis command center in the mainland border city of Shenzhen where top regime officials meet to deliberate on strategy in response to the protests.

They gather at Bauhinia Villa, a compound owned by Hong Kong Liaison Office (HKLO), Beijing’s representative office in the city, on the outskirts of Shenzhen, the report said.

Hong Kong has been embroiled in protests for nearly six months, with demonstrators rallying in opposition to the regime’s perceived encroachment on the city’s autonomy.

According to Reuters, Beijing has been summoning key Hong Kong officials, including the city’s Chief Executive Carrie Lam, police officials, and pro-Beijing lawmakers, to meet at the villa.

The Ministry of Foreign Affairs’ Office in Hong Kong denied Reuter’s report, without elaborating, in a statement on its website Nov. 26.

This is the second time Bauhinia Villa was reported to have been used as a crisis center. During the mass pro-democracy movement in 2014, local media reported that then-director of the HKMAO Wang Yaguang used the villa to coordinate Beijing’s response to the unrest.

A November 2014 report by Hong Kong Open Magazine, citing insiders, said that Wang arranged mainland intelligence agents to secretly interfere with the protests, hired about 2,000 Hong Kong gangsters to pretend to be protesters and stir up trouble, ordered mainland police to join the ranks of Hong Kong police and suppress the protesters, and organized pro-Beijing rallies.

Citing two unnamed sources, Reuters said Beijing is considering replacing Wang Zhimin, the director of the HKLO, the regime’s highest-ranking official stationed in Hong Kong, over complaints that his office had misjudged the situation in the city.

The report said Guo accompanied Han to Shenzhen several times recently to meet with officials to discuss how to respond to the ongoing crisis.

According to Chinese state-run media Xinhua, Guo was promoted from minister of public security to this current position in 2017. He is also the party’s chief secretary of the People’s Armed Police, the regime’s paramilitary force.

Hong Kong media outlet Ming Pao reported on Nov. 17 that Han had recently visited Shenzhen six times, including on Nov. 15 when he organized an urgent meeting with other regime officials in response to the violent clashes between police and protesters at several Hong Kong universities that week.