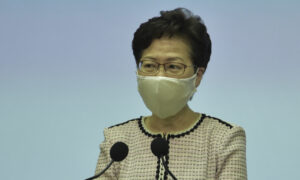 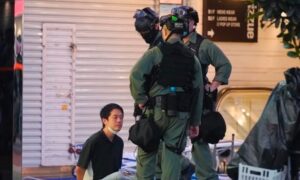 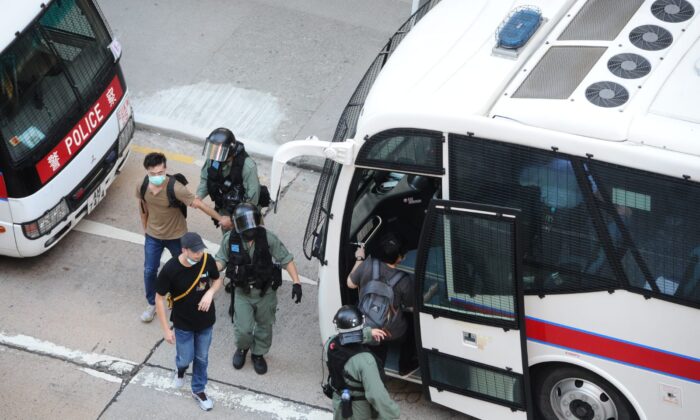 China’s state-run media Xinhua, in an article published late afternoon on Sunday, stated that the NPC standing committee, a body of 175 members who oversee the ceremonial congress,  reviewed a number of bills, including a draft of the national security law. The meeting was presided by NPC standing committee chairman Li Zhanshu.

At Sunday noon, Chinese state-run media Global Times reported that members of the NPC standing committee had reached a “general consensus” about the law, citing comments by a Hong Kong representative to NPC Stanley Ng.

The article also quoted previous statements by Tam Yiu-chung, Hong Kong’s sole representative to the NPC standing committee, who said a formal vote on the law was likely during the three-day meeting.

On May 28, NPC adopted the national security law for Hong Kong during a ceremonial vote. The law would criminalize those who engage in activities connected to “subversion, secession, terrorism, and foreign interference” against the Chinese regime. Many Hongkongers and international critics say Beijing’s proposal would spell the end of the city’s autonomy, which was guaranteed when the territory reverted from British to Chinese rule in 1997. Many also worry that the law would allow Beijing to crack down on dissent.

Eight days before the three-day meeting, the NPC standing committee released more details about the draft proposal: Beijing would have jurisdiction over certain cases under exceptional circumstances; the regime would also establish a national security agency in the city; and the chief executive, a position currently held by pro-Beijing leader Carrie Lam, would appoint judges to hear national security-related cases.

As Beijing was deliberating the security law, hundreds of locals in Hong Kong took to the streets in a “silent protest” against it on Sunday afternoon, marching from the neighborhood of Jordan to Mong Kok.

At around 3:30 p.m. local time, Hong Kong police, via its Facebook page, condemned protesters who occupied roads during their march, warning that they may be taking part in an “unauthorized assembly.”

About ten minutes before 5 p.m. local time, Hong Kong media reported that police fired pepper spray in an attempt to subdue crowds, after scuffles broke out between police officers and locals.

Lam Siu-pan, a pro-democracy district councilor, wrote on his Facebook page that he was among 41 men and 12 women being arrested in Mong Kok on suspicion of participating in an illegal assembly. Another city councilor Andy Chui was also arrested.

Hong Kong police confirmed the arrest of 53 people due to unlawful assembly on its Facebook page at around 7 p.m. local time.

At around 9 p.m. local time, several pro-democracy lawmakers and district councilors held a rally outside the Hung Hom District Police Station, where most of the arrested, including Lam Siu-pan and Chui, were held.

Derek Chu, a district councilor, criticized the police for abusing their power to make arrests, saying that Lam was live-streaming to monitor the situation in Mong Kok when he was arrested.

Joshua Wong, a local activist and secretary-general of local pro-democracy party Demosistō, tweeted on Sunday afternoon of his concerns that he and fellow activist Jimmy Lai, could soon be arrested under the national security law. Lai is the owner of a major media conglomerate in Hong Kong.

On Sunday, Amnesty International issued a statement, expressing concerns that the law will turn Hong Kong into a “police state.”

“The authorities’ assertion that the national security law will only affect a tiny minority is hardly reassuring when the law includes repressive measures that could be used to target literally anyone the government chooses,” said Joshua Rosenzweig, head of Amnesty International’s China Team.

Beijing’s proposal to establish “a secretive national security agency simply creates more tools to crack down on human rights and risks turning the city into a police state,” he said.

Rosenzweig added that Hong Kong authorities were already “weaponizing the local law against too many of its citizens,” and urged Beijing to establish legal provisions that would guarantee Hongkongers’ rights.

“If this law is truly aimed at combating genuine national security threats and terrorism, as Beijing claims, then it must include clear exemptions for the peaceful exercise of rights such as freedom of expression, assembly, and association,” he said.

In the aforementioned Global Times article, it claimed that the United States’ “growing pressure” on China over “internal affairs” in Hong Kong was justification for drafting the national security law. This is consistent with the Chinese regime’s propaganda about ongoing pro-democracy protests in Hong Kong, portraying them as unrest incited by foreign governments.

One day earlier, the U.S. Senate unanimously passed a bill that would impose mandatory sanctions on individuals or companies that back efforts by Beijing to restrict Hong Kong’s autonomy.

In response to the bill passage, the Hong Kong government issued a statement on Friday, calling on the U.S. Congress to “immediately stop interfering” in its “internal matters.”

Similarly, the Chinese embassy in the United States slammed the U.S. visa restrictions as a “wrongful decision” in a statement issued on Saturday. It urged the U.S. government to “correct its mistakes” and stop “interfering in China’s domestic affairs.”