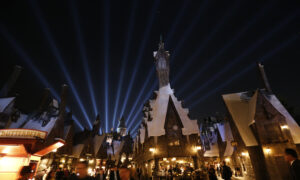 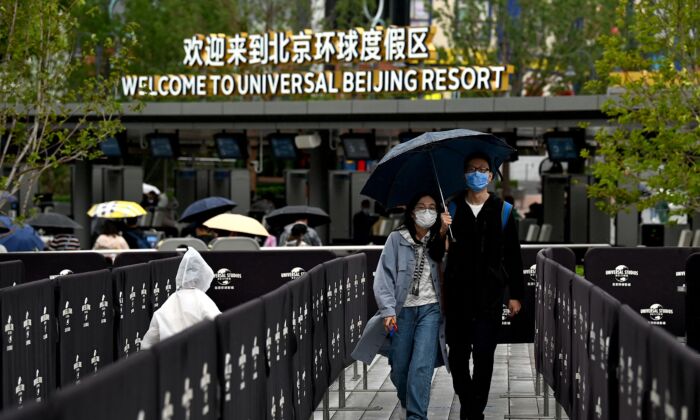 Universal Studio Opens in Beijing After 2 Decades of Preparation

Beijing Universal Studios opened to the public on Sept. 20 after twenty years of preparation. The resort welcomed 10,000 visitors but trash was seen everywhere within three hours of opening.

Chinese media criticized the resort for not arranging enough trash bins. But Chinese netizens said in comments on the reports that some Chinese people don’t have a habit of throwing trash in bins, leaving all parks in mainland China dealing with trash issues.

“China was known as the ‘state of etiquette’ before Communist’s rule,” China affairs commentator Xia Xiaoqiang told The Epoch Times. “Now, Chinese people are notorious for uncivilized behavior all around the world, such as throwing trash to the ground, not flushing the toilets after using, and chatting loudly in temples and churches.”

The Universal Beijing Resort, the fifth largest one in the world, is the first branded theme park in China’s capital and the first Universal park with a section dedicated to the movie “Kung Fu Panda.” In addition to the new resort, China has two Disneylands, one in Shanghai and another in Hong Kong.

The Universal Beijing Resort is limited to accepting 10,000 visitors per day, according to the regime’s COVID-19 policy. The first day’s tickets were sold out after one minute of pre-sale offerings on Sept. 14, and all hotel rooms in the resort were booked out within 30 minutes, according to Chinese media TravelDaily. The hot sale is in sharp contrast with some Chinese media’s criticism saying that entry tickets were too expensive.

From the establishment of its first office in November 2001 to the resort’s opening day on Sept. 20, the Universal Beijing Resort project has changed its designs several times to meet the requests of the Chinese regime, while having to postpone its opening day due to the pandemic.

On Monday as the park opened its doors, excited tourists didn’t mind a storm warning, crowding the entrance to wait their turn to venture into the park.

Just 15 minutes after opening, the wait time for the park’s “Harry Potter and the Forbidden Journey” ride was already 90 minutes.

“We really want to experience this resort,” 27-year-old Beijing resident Pi Tiantian told Reuters at the entrance of the resort on Sept. 20. “This one here (pointing at her young male companion) also really likes Harry Potter.

She also added, “When it comes to Universal Studios, we’re all big fans of Marvel movies.”

Another Chinese tourist Ada Xu told The Associated Press on Monday, “I’m very happy, very excited, hoping that we will have a good time and not queue up too long.”

According to state-run media reports, the Universal Studios’ Beijing project will bring economic benefits to China.

“The opening of the Universal Beijing Resort will bring customers to the nearby over 3,100 restaurants, hotels, and entertainment facilities, which has created 11,000 job opportunities (excluding the resort) … and will generate about two billion yuan ($310 million) in consumption every year,” Yang said.

The report commented that the opening of the resort had been a big achievement for China’s foreign affairs, due to the current challenges in U.S.-China relations.

China News Service reported on Sept. 20 that the resort has created jobs in Beijing, will generate gross domestic product (GDP) for the whole country and advanced the region’s economy.

Dai Bin, director of the China Tourism Research Institute, told the news service that the resort was like cardiotonic to the Chinese tourism and cultural industry, with flow on benefits to other service industries.