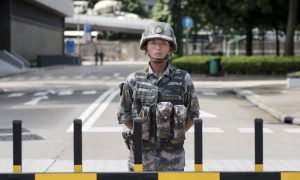 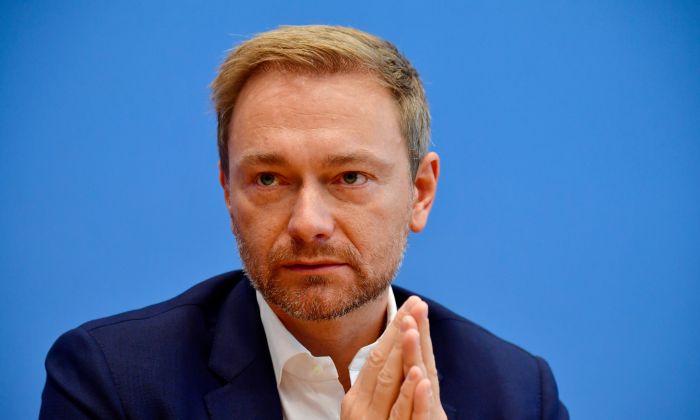 “I have experienced a lot in foreign affairs, but nothing like this,” Bijan Djir-Sarai, FDP foreign affairs leader, who was also in the delegation, told German media Spiegel Online on July 22.

Lindner and other members of the entourage told German media that a Chinese senior official shouted at them for about 30 minutes.

In addition, their scheduled appointments with other Chinese Communist Party (CCP) officials were canceled just hours before the planned meeting time.

Lindner led a group of FDP officials on an Asia tour for 12 days; they visited Hong Kong before traveling to Beijing.

Hong Kong has witnessed historical protests since June in opposition to a Beijing-backed extradition measure, which would allow any country, including mainland China, to seek extradition of suspects.

The bill has drawn widespread opposition because of China’s failure to uphold the rule of law. Millions of Hongkongers have joined street protests in recent weeks, prompting the city’s leader, Carrie Lam, to indefinitely suspend the bill in mid-June. But many are unsatisfied and have continued to demand that the proposal be fully withdrawn.

Lindner told German media that while in Hong Kong, he met with pro-democracy lawmakers who have sided with the protesters; he also had a meeting with Lam. Lindner said that Lam didn’t shake hands with him and didn’t say goodbye when she left the meeting.

Lindner expressed his opinion on Twitter on July 22: “We are not only pursuing economic interests. We also value freedom and democracy in our hearts.”

The last stop of the tour was Beijing. Two days of scheduled meetings were canceled except for one with Guo Yezhou, vice minister of the International Liaison Department of the CCP Central Committee, an agency responsible for building ties with foreign political parties.

During the meeting, Guo criticized the German government for granting asylum to Hong Kong dissidents Ray Wong, 25, and Alan Li, 27, in May 2018. Wong, a former member of group called Hong Kong Indigenous that advocated the city’s formal independence, and Li were charged for a rioting offense, linked to a protest that turned violent in February 2016.

Activists in Hong Kong have been increasingly defiant in recent years amid growing fears of creeping interference from Beijing, despite a promise of special autonomy after the territory was reverted to Chinese rule from British administration in 1997.

Lindner implored Guo to respond to people’s demands; he explained that in his home state of North Rhine-Westphalia in 2017, students had rushed the state legislature in protest of a proposal regarding tuition fees for non-EU university students in the region. Lindner said that the legislature eventually amended the proposal because “most of the people were sympathetic with the protesters,” Lindner said.

Hua Chunying, spokeswoman for China’s Foreign Ministry, confirmed Lindner’s visit and the meeting with Guo during a press conference on July 24. But Hua denied that Chinese officials treated Lindner rudely, saying that “it’s not in line with the facts.”