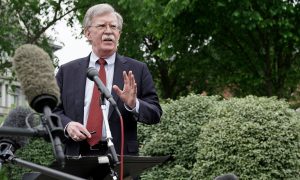 UK May Not Have Made Final Decision to Allow Huawei in 5G Network, Bolton Says
0
Share Now
TelegramFacebookTweetEmailTellMeWeReddit
Copy Link 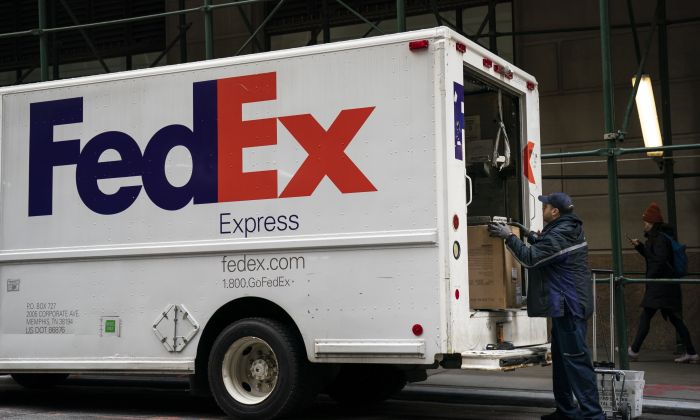 Several days after Chinese telecom giant Huawei accused U.S.-based delivery company FedEx of diverting its packages from their intended Asia destinations to the United States, Beijing said June 1 that it would conduct an investigation of the courier.

It’s the latest move by Beijing to retaliate against the United States amid escalating trade tensions.

In May, the U.S. Commerce Department, citing national security concerns, placed Huawei on an “entity list,” effectively forbidding it from conducting business with U.S. firms.

On May 31, Beijing announced that it would draft an “unreliable entity list” of its own. After China’s postal service regulator announced the investigation into FedEx, Chinese state media threatened to place the U.S. company on that list.

FedEx said in a June 1 statement, in response to the Chinese investigation: “FedEx holds itself to a very high standard of service. FedEx will fully cooperate with any regulatory investigation into how we serve our customers.”

Reuters first reported on Huawei’s claims on May 27.

The telecom giant told Reuters that four of its parcels encountered problems after being handed to FedEx for delivery, noting that the packages only contained documents and had “no technology” inside.

The company said that two parcels, addressed to a Huawei office in China, were mailed from Tokyo on May 19 and May 20. But according to tracking records the company showed to Reuters, the packages arrived at the FedEx headquarters in Memphis, Tennessee, on May 23 and weren’t shipped to China.

The other two parcels were shipped by a FedEx local partner in Hanoi, Vietnam, on May 17 and were destined for Huawei offices in Hong Kong and Singapore. These two packages were held up, due to a “delivery exception,” after arriving at the destination cities on May 21.

According to FedEx’s website, “delivery exception” occurs when a package is incorrectly addressed, a recipient is unavailable, or other such variables.

Huawei confirmed with Reuters that it had since received one of the parcels sent from Vietnam, while the other was on its way. The company didn’t elaborate on why it thought the packages were diverted, but said the incidents “undermined” confidence in FedEx.

Huawei said at the time that it had lodged a formal complaint with the State Post Bureau, which is China’s postal regulator.

FedEx spokeswoman Maury Donahue told Reuters the parcels were “misrouted in error” and that FedEx wasn’t requested by any party to divert the packages.

“This is an isolated issue limited to a very small number of packages,” Donahue said. “We are aware of all shipments at issue and are working directly with our customers to return the packages to their possession.”

Ma Junsheng, president of the State Post Bureau, told Chinese state-run broadcaster CCTV on June 1 that FedEx “seriously violated China’s laws and regulations governing the courier industry, and damaged the lawful rights and interests of its clients. So, Chinese authorities decided to file the case to investigate.”

The same day, state-run China Media Group published a commentary criticizing the U.S. company, stating: “FedEx must explain whether it misrouted due to carelessness, or because it was cooperating with the U.S. government intentionally.

“China has set up an unreliable entity list, and will take any necessary legal and administrative measures toward companies on the list.”

The Chinese regime announced that it would place foreign enterprises, organizations, and individuals who damage Chinese firms’ benefits on the entity list, without providing details about the punitive measures.

Chinese netizens have since expressed concerns that Beijing could place U.S. chipmakers and other high-tech companies on the list and ban them, which could end up hurting Chinese firms that depend on U.S. tech components.

U.S.-based commentator Tang Jingyuan believes Beijing is shooting itself in the foot with the FedEx investigation.

Since FedEx runs one of the world’s largest cargo airlines and is trusted as a reliable brand by Chinese consumers, China is set to lose more if it forces the company out of the Chinese market, Tang said.