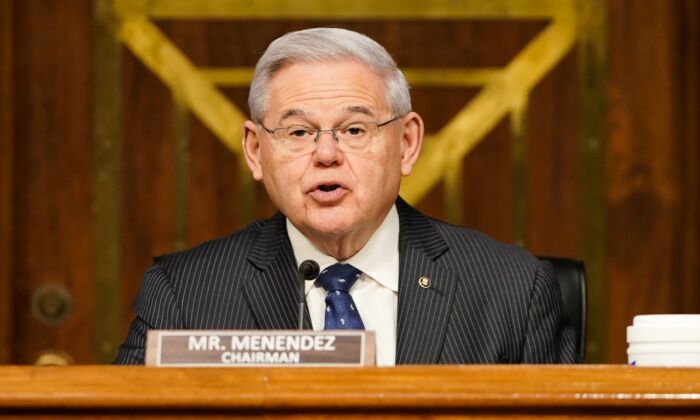 Beijing Could Become ‘Owner and Minder’ of Solomon Islands: US Senators Warn

U.S. senators are warning that Beijing could become the “owner and minder” of the Solomon Islands if a controversial security pact is implemented.

Sen. Bob Menendez (D-N.J.), chairman of the U.S. Foreign Relations Committee, is visiting Australia, along with five Republican senators and congressman, because it was the “epicentre of the global challenge” involving the Chinese Communist Party (CCP).

In an interview with Sky News Australia, Menendez, and Sen. Lindsey Graham (R-S.C.) said it was in the interest of the Solomon Islands, Australia, and the United States to “ensure there is not a Chinese base there.”

Once the agreement was made public, foreign representatives from both governments “initialled” the agreement soon after, sparking concerns it could pave the way for the CCP to militarise the region.

While Chinese and Solomon Island leaders have denied any possible military build-up, leaked documents on April 7 appear to show that Beijing has been scouting the region for military projects for years.

Menendez said that while they would “take the word” of the Solomons’ Prime Minister Manasseh Sogavare, who has vehemently denied any intention of military development, the Democratic senator emphasised that investment from China came with strings attached.

“It is my hope that there’s a broader, deeper understanding that China at the end of the day will be your owner and minder,” he said.

“That’s what their ultimate goal is, and they’ve shown in Africa and other parts of the world that where it seems like they’re coming with good intention—and then their coercive economic policies and practices ultimately [means you are] owned by China. I don’t think anyone wants to be owned by China,” he said, in reference to the Belt and Road Initiative.

The Belt and Road Initiative is the CCP’s global infrastructure strategy where it bankrolls major projects for developing countries at sometimes exorbitant rates. When governments are unable to pay back the loans, Beijing assumes control of the asset, which could possibly be repurposed for military use.

Michael Shoebridge, defence director of the Australian Strategic Policy Institute, pointed to similarities between the Solomons’ issue and Djibouti in Africa, where the CCP established its first overseas military base in 2017, despite denying it had the intention to do so.

“We can see the future for the South Pacific in the Chinese military’s record in the South and East China Seas and Taiwan Strait,” he wrote in The Strategist.

Cleo Paskal, an associate fellow of the Asia-Pacific Programme at the London-based Chatham House, has said the security pact could give the embattled Sogavare a chance to shore up control over the country.

“[Sogavare could say,] ‘We need outside help to come and create stability in the country, and our friends China will come and do it,’” Paskal previously told The Epoch Times. “And that’s when they arrest the leaders, the Malaitan leaders, and God forbid what happens to them in detention.”

“Put out the steps that the various provinces, including Malaita [Province], agreed to. There’s a whole series of things that have already been negotiated—everybody signed on, including the government under Sogavare,” she said.

Top officials and ministers from Australia have made several representations to Sogavare in the past few weeks, including Pacific Minister Zed Seselja who called on the government not to sign the security deal.