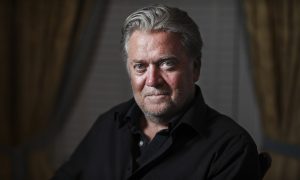 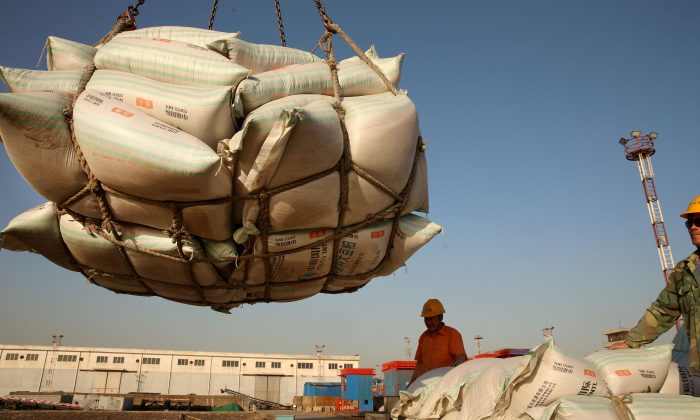 Beijing on Sept. 12 indicated that it was looking to buy more U.S. agriculture products as its politically sensitive food inflation rate rose to an eight year high of 10 percent.

China’s annual food price inflation averaged 5.7 percent since the nation opened for trade in 1993. But Chinese food prices jumped from 9.1 percent in July to 10 percent in August, its highest level since January 2012. Pork inflation led prices higher with a 46.7 percent jump, a substantial acceleration from the 27 percent price gain in July.

China is the world’s largest agricultural producer, importer and consumer. But its agricultural exports fell by 27 percent over the last decade, raising food security fears.

With the spread of African swine fever (ASF) leading to 128 domestic outbreaks and over 1 million pigs culled, “Beijing is worried that a 10-million-ton pork shortage could spoil upcoming communist party celebrations,” according to Enodo Economics.

At least four cities or provinces have started tapping into its emergency frozen pork reserves, while other regions are rationing pork in the run-up to the “Golden Week” celebrations from Oct. 1 to Oct. 7 marking the 70th anniversary of the founding of the People’s Republic of China.

But the United Nations, in a 2015 report, said that 15 to 27 percent of China’s crop production was dependent on mining groundwater, suggesting this was unsustainable.

Due to the U.S.-China trade war, Beijing announced plans to address ASF by tripling pork imports from Brazil. But Brazil has limited supply capacity with a 3.8 percent share of global pork exports, compared to the United States with a 16.2 percent export share.

Despite media reports of the trade war devastating U.S. farmers and ranchers, the Department of Agriculture (USDA) forecasts American net farm income will hit a five-year high of $88 billion in 2019, up $4 billion or 4.8 percent this year due to higher prices and rising USDA trade war adjustment payments.

President Donald Trump on Sept. 12 wrote in a Tweet that he anticipates that China will start buying U.S. farm products “in large amounts.”

China’s Ministry of Commerce said Sept. 12 that Chinese companies have started making inquires about prices of American agricultural products including soybeans and pork. The regime pledged to buy more U.S. farm products as part of a cease-fire agreement reached at the sidelines of the G-20 Summit in Japan in late June, but failed to follow through on this prompting Trump to slap tariffs on around $300 billion of Chinese goods.

In-person talks between top Chinese and U.S. trade negotiations are scheduled for October in Washington.

The timing of Beijing’s indiction that it would buy U.S. farm products comes as the El Niño warming of the tropical Pacific Ocean temperatures have faded back to neutral. As a result, eastern China expects lower rainfall which would reduce crop yield.

More importantly, 2019 Old Farmers’ Almanac is predicting a “polar coaster” of freezing, frigid, and frosty winter for two-thirds of the United States. Such events tend to drive up meat prices due to reduced corn and soybean production.