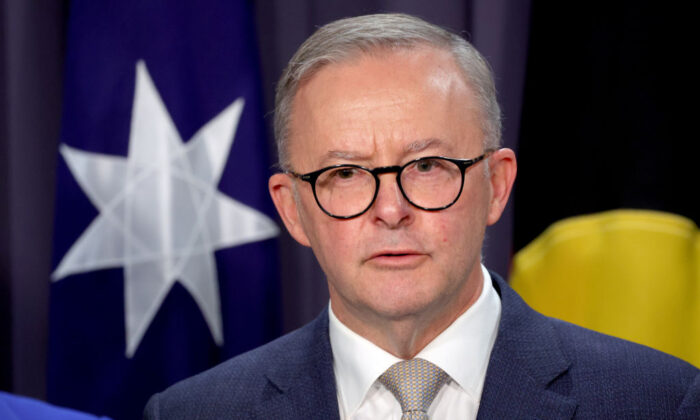 Beijing has congratulated Anthony Albanese on becoming Australia’s 31st prime minister, ending a diplomatic freeze of over two years between the two countries.

In his message to the new prime minister, Li said the stable development of Australia-China relations was in the interest of both sides.

He noted that 2022 marked the 50th year anniversary of the establishment of Australia-China diplomatic relations by the Labor government under former Prime Minister Gough Whitlam.

Li wrote the Whitlam government had made the “right choice” in 1972 to break ties with Taipei and formally recognise the Chinese Communist Party (CCP) in Beijing.

The CCP banned all official contact with the Morrison government in January 2020 following the decision to ban Huawei from Australia’s 5G network in 2018 due to concerns of espionage, as well as Australia’s strong stance on China’s behaviour in the South China Sea.

Additionally, Foreign Minister Marise Payne tore up Beijing’s Belt and Road deal with the state of Victoria on the grounds of being inconsistent with national interests.

However, the rapprochement from Beijing may not be met with any change from the new federal Labor government after  Albanese used his first press conference on Monday to declare the country’s relationship with China will remain difficult.

“I said that before the election, that has not changed. It is China that has changed, not Australia, and Australia should always stand up for our values, and we will in a government that I lead,” he said.

Foreign Minister Penny Wong previously accused the Morrison government of “encouraging anxiety” around possible conflict with China, noting that the CCP was focused on “survival.”

“Drawing some lessons from the collapse of the Soviet Union, the Communist Party of China under Xi Jinping has explicitly warned about the threats posed by liberal, democratic values to China’s stability—and by extension, the Party’s survival,” Wong said in 2021.

During the election campaign, Beijing’s preference towards a Labor win was evident when its mouthpiece, The Global Times, published an op-ed advocating for an Albanese victory.

Following the Labor victory, a Global Times editorial piece called it a “turning point” for the Australia-China relationship and hoped the new government would bring the bilaterial relationship back to the “right track.”

Meanwhile, Albanese has met with QUAD leaders in Tokyo to discuss cooperation in the Indo-Pacific region, with particular emphasis on China, which the nations view as a bigger long-term challenge than Russia.