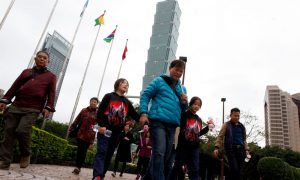 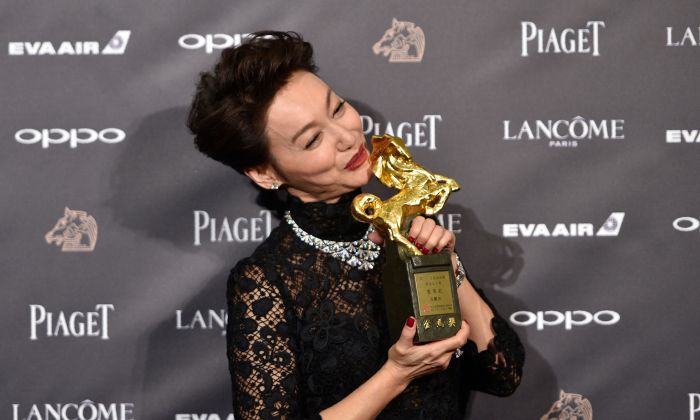 The Chinese regime has banned all mainland movies and actors from participating in the Taiwan-organized Golden Horse Awards, and award show and film festival akin to the Chinese-language film industry’s Oscars.

On August 7, Chinese state-run media outlets Xinhua and China Film News both reported that the China Film Administration has suspended “all mainland films and personnel” from participating in the upcoming Golden Horse film festival, to be held from Nov. 8 to 24. The award ceremony will take place on Nov. 23.

China Film Administration is the country’s chief film regulator and is a division of the Chinese Communist Party (CCP)’s propaganda department, in charge of Party ideology-related work and media censorship.

An official within Beijing’s agency for managing Taiwan relations revealed the reason for the strict ban: “According to the current Taiwan political situation, [participating in the film festival] will bring a lot of problems,” Taiwan’s government-run media Central News Agency quoted Long Mingbiao, vice director of the Taiwan Affairs Office, as saying.

Long added that Beijing’s action was because of the Taiwan government led by the Democratic Progressive Party (DPP).

Since Taiwan president Tsai Ing-wen, who is a DPP member, was elected into office in 2016, tensions with Beijing have heightened. This is because DPP traditionally advocates for the self-ruled island of Taiwan to formally declare independence.

Though Taiwan has its own democratically-elected government, economic system, and military, Beijing considers the island a renegade province that will someday be united with the mainland, with military force if necessary. Tsai has maintained that she wishes to maintain the status quo.

The Golden Horse Awards was founded by the Taiwan government in 1962, but became privately operated in 1990. It is considered the most prestigious awards show for Chinese-language films, and has historically attracted films, directors, and actors from across the Chinese diaspora to attend.

Following the ban, two mainland Chinese films announced that they have withdrawn their nomination application to be considered for the Golden Horse Awards: “Di Jiu Tian Chang (So Long, My Son),” directed by Wang Xiaoshuai, which won the best actress and actor awards at the 2019 Berlin International Film Festival; and “The Wild Goose Lake,” directed by Diao Yinan, and was selected to compete for the Palme d’Or at the 2019 Cannes Film Festival.

The Taiwan government condemned Beijing for “using political means to interfere with cultural exchange, which will create a negative perception for the international and cross-strait community,” Taiwan’s Mainland Affairs Council commented on Aug. 7.

Taiwan’s Ministry of Culture also released a statement in response to the ban: “The autonomy and operations of the Golden Horse Awards will not be affected by any government who wishes to interfere with political factors.”

But the ministry also lamented that mainland Chinese films would not be able to be recognized for their merit. “There’s no doubt that [Beijing’s ban] destroys the longstanding efforts of Chinese film workers.”

The Presidential Office spokesman Ting Yun-kung similarly told reporters on Aug. 7: “Culture has no borders, and art should not have political barriers,” adding that the Golden Horse Awards has always encouraged free artistic expression and diversified perspectives.

Yotaka’s words referred to the Chinese regime’s recent announcement that it would stop issuing individual travel permits to Taiwan for Chinese citizens in 47 mainland cities. Aug. 7 falls on a traditional Chinese holiday known as the Chinese Valentine’s Day, which is the reason why she mentioned dating.

Not only Taiwanese, some Chinese also expressed dislike for the ban.

Zhang Zanbo, a Beijing-based documentary filmmaker, posted on Facebook by circumventing China’s firewall (Facebook is banned in China): “What a shameful Film Administration…Unfortunately, I did not make a film this year. Otherwise, I would definitely sign up for the Golden Horse Awards competition.”

History Behind the Ban

Taiwanese film director Fu Yue won the award for best documentary with her film, “Our Youth in Taiwan,” which documented 2014 protests against a proposed trade agreement with China, which ultimately convinced the government to scrap the deal. The protests were known as the Sunflower Student Movement.

Fu said in her award acceptance speech: “I really hope that one day, our country can be treated as a truly independent entity … This is my greatest wish as a Taiwanese.”

Fu’s words angered some nationalistic Chinese actors. The winner of the best actor award that year, Xu Zheng, said on stage: “I believe that China’s films will become better and better.”

Tu Men, the previous year’s best actor winner, was presenting an award that same night. He said on stage: “I feel especially honored to come to Chinese Taiwan to present the award.”