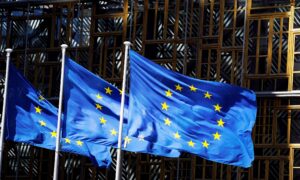 US Official Says Chinese Not Forthcoming in Talks With Pompeo
0 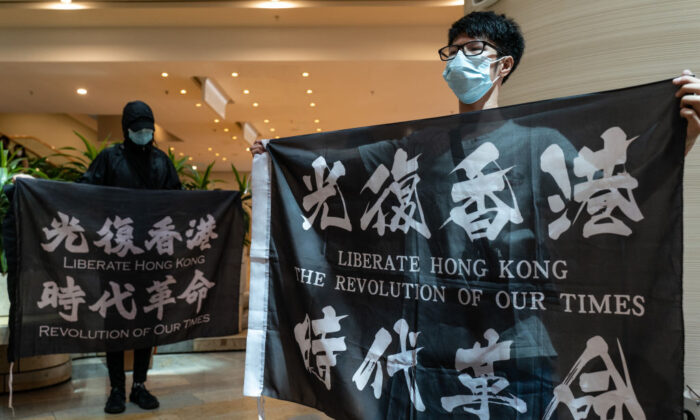 Pro-democracy supporters hold banners and shout slogans as they gather in a shopping mall during a lunch protest in Hong Kong on June 12, 2020. (Anthony Kwan/Getty Images)
HK Current Affairs

China announced that it will hold another three-day meeting at the end of this month, a day after it gave more details about a new national security law for Hong Kong.

The standing committee of China’s rubber-stamp legislature, the National People’s Congress (NPC), will convene for three days beginning on June 28 in the capital Beijing, according to a June 21 report by Chinese state-run media Xinhua. According to the meeting agenda, the committee will discuss drafting of a patent law bill and an export control bill.

Though the Hong Kong national security law is currently not on the agenda, observers in Hong Kong speculated that the NPC standing committee would formally approve the law at the upcoming meeting.

HK Nat Sec Law is a deep intrusion by BJ into fundamental legal & governance structure of HK. It sets up a new HK govt agency; intervenes in operations of HKPF+DOJ; effectively sets up a parallel judiciary; takes interpretation & final adjudication power away from HK courts etc.

On May 28, the NPC conducted a ceremonial vote in favor of adopting a national security law in Hong Kong that would criminalize those who engage in activities connected to subversion, secession, terrorism, and foreign interference in the Chinese-ruled city.

More details about the law were unveiled on Saturday evening, following the conclusion of a three-day meeting by the NPC standing committee. The law will grant Hong Kong’s top official the power to appoint judges in cases related to China’s national security. The city’s chief executive has been a pro-Beijing politician since the territory was handed from British to Chinese sovereignty in 1997.

Lam, writing on her Facebook page late Saturday evening, welcomed the NPC standing committee in pushing forward the law, and said her government will “fully support related legislation work.” She added that “Hong Kong will not be a bridgehead for exterior forces that jeopardize [China’s] national security.”

While Lam did not name specific countries while speaking of “exterior forces,” Chinese state media have used similar rhetoric to condemn Hong Kong’s pro-democracy protests as violence being fomented by western countries.

For example, hawkish state-run media Global Times pushed the propaganda that western governments were “turning Hong Kong into Washington’s bridgehead to jeopardize the rise of China,” in an editorial published in the early hours on Sunday.

After Beijing announced new details about the law, U.S. Sen. Rick Scott (R-Fla.) took to Twitter to voice U.S. support for the people of Hong Kong.

“Communist China continues their mission to destroy human rights and autonomy in #HongKong. Its plans to suffocate and intimidate those fighting for their basic rights is clear,” Scott wrote.

British NGO Hong Kong Watch also responded, saying it was “particularly concerning that when discrepancies arise between the new law and Basic Law, this law will supersede,” in a tweet.

Benedict Rogers, co-founder and chair of Hong Kong Watch, urged the international community to “come down hard on the Chinese Communist Party, with maximum pressure,” in a tweet.

The new details about the law also drew widespread concerns among local activists and pro-democracy lawmakers.

Lawmaker Claudia Mo took to her Twitter to express concern about the vague language concerning jurisdiction, and posed the possibility that people could be tried under mainland China’s legal system. “#ChinaExtradition part 2,” she wrote.

A mass protest movement against Beijing’s encroachment erupted in June last year, when millions took to the street in opposition to the now fully-scrapped extradition bill.

The proposed extradition bill sparked outrage as people feared that it would erode Hong Kong’s judicial autonomy from communist China’s legal system, which is not independent of the ruling Chinese Communist Party (CCP). The bill would have allowed locals and people passing through the city to be extradited to China and trialed in Chinese courts that are notorious for violating rule of law.