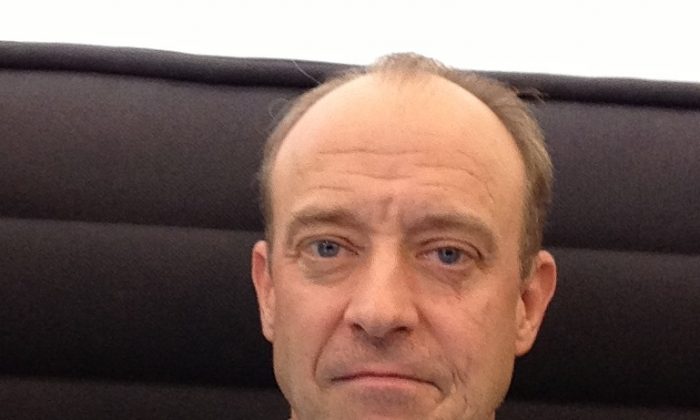 Behind the Scenes of Fundraising With an Angel Investor

NEW YORK—Entrepreneurs are in a good place in New York City, a bustling hub where officials and business leaders pride themselves on creating innovative concepts that are ahead of the rest of the nation and the world.

Yet propelling a startup company off the ground is not as easy as it may sometimes look. Raising money is difficult. And the stories about companies suddenly getting tens of millions in funds are the exception, not commonplace.

“It’s like winning the lottery—sometimes it works, but you can’t really count on it,” said angel investor Thomas Wisniewski.

After getting an idea for a company and beginning to move forward with the idea, family and friends are typically the second source of funding for entrepreneurs, the first being self-funding. But after the family and friends investment round, which usually garners tens of thousands of dollars to $100,000, the next round of investment, which can reach into the millions, comes from angel investors.

While venture capitalists are fund managers who invest other peoples’ money, angel investors are individuals who invest their own money. They have years of experience investing, are often college graduates, and have at least $1 million in assets (not including their home) and at least $100,000 in annual income.

Companies succeeding in part from angel investors include Best Buy, Facebook, and PayPal.

These investors are typically invested in multiple companies at the same time and have at some point founded and sold their own company. Some top investors in New York City are Caterina Fake, cofounder of Flickr (it was sold in 2005, one year after it started, for $35 million to Yahoo); Alexis Ohanian, cofounder of the popular Reddit website; and Jared Hecht, cofounder of GroupMe, a group messaging service acquired by Skype for $80 million.

Angel investors usually have a range or a set level of what they will invest in companies. Thomas Wisniewski, for example, invests anywhere from $25,000 to $250,000 per startup. He invests in six startups a year, according to an online profile.

Wisniewski is part of an angel group in New York City called New York Angels, a group of 80 investors who have invested $45 million in 70-plus companies. This and other similar groups are places for individual investors to listen to presentations from multiple startups, having the option to team up for a larger base of financial support.

At his last session, he advised 21 aspiring entrepreneurs about obtaining funding. He encouraged the group to bounce ideas off of others and not worry too much about protecting intellectual property (other people stealing your ideas).

“There’s no venture I’ve ever seen that’s been built in a vacuum,” he said. “This notion that you’re going to sit around and dream up the best idea … it’s a fallacy.”

Networking helps entrepreneurs bounce ideas off of people, get feedback, and develop the ideas. It also enables key connections between potential partners and with potential funders. Many angel investors find their investments through referrals and networking, Wisniewski said.

While Wisniewski discusses how to get funding, he also advises putting off fundraising as long as possible. The more an entrepreneur can accomplish on his or her own, the better.

He calls fundraising “brain damage,” asserting it wastes time that could be spent improving the company itself. One of the potential drawbacks of getting more funding, he said, is having to answer to investors about what you are working on and what you are spending money on.

But for companies needing funds, the tough playing field makes preparation, such as practicing a thoughtful pitch, having a strong business plan, and getting timing right, important.

One hundred or so entrepreneurs present their business plans at the initial monthly screening at the New York Angels. Afterward, some meet investors or groups of investors who are interested in a company’s screening. About 15 entrepreneurs get invited to present to the full group, which is usually 50 to 60 angels.

In the end, after a few more steps including more meetings with interested investors, one to three of these companies get funding.

Overall, one of the keys to obtaining funding is finding the right match. Different angel groups and investors are keen for different ideas. For instance, the New York Angels usually focus on the sectors of Internet, e-commerce, new-media, and software, mostly in the New York City area.

Likewise, ideas that seem unimpressive to some investors can take off with the help of others. Tote, an e-commerce site for females with a social spin, was presented to Wisniewski and other investors. He thought, “The idea was just not going to fly.” Some other investors differed.

After going through several rounds of fundraising, Tote became Pinterest, a heavily used website where users pin things on a virtual bulletin board.

“There are people out there that have different perspectives and know different things,” Wisniewski said. “And you can learn from things constantly.”