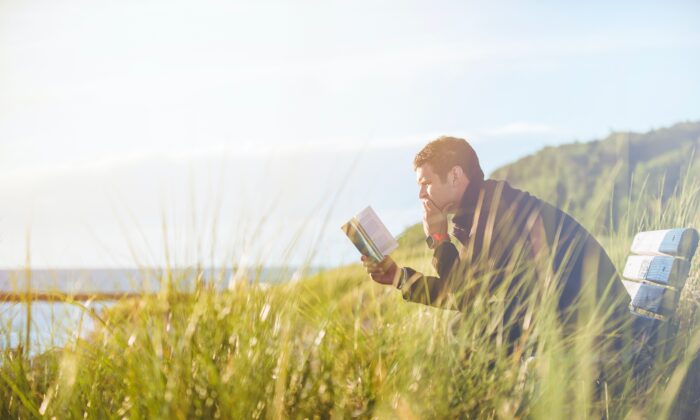 Be a Reader, Not a Believer

This op-ed has been inspired by two comments on my previous (too long, and unfinished) op-ed on inflation (“This Ain’t Your Daddy’s Inflation”). In it I criticized Milton Friedman, and this elicited these reactions from two readers:

“Conservative that I am, I’ve always been a fond believer in Milton Friedman,” wrote MissStofeles.

“Did that article just criticize Friedman’s analysis as biased? I have to admit I stopped reading at that point,” wrote epluribus unum.

This capacity is what lets us achieve—or even have—common goals in a way that no other species on this planet can do. And this can be a very good thing. For example, the belief in a private enterprise economy let my intellectual forebears, economists like William Petty (who lived from 1623 to 1687) and Adam Smith (1723 to 1790) to construct a capitalist society out of the feudal society that preceded it.

Petty and Smith didn’t individually built capitalism of course, but the arguments they made supported would-be politicians, merchants, and industrialists in their campaigns for independence from the rules and impositions of the feudal system. Ultimately, the dismantling of these feudal imposts over time, along with sometimes violent action such as the English Civil War (1642–1651), transformed the feudal system into a capitalist one.

The ideas of economists and philosophers, therefore, played a crucial role in this transformation. People, whether out of self-interest or altruism, believed what Petty and Smith argued, and used those arguments in their campaigns to overthrow feudal imposts, to bring about democratic, rather than despotic, rule and ultimately to usher in the society in which we live today. Their arguments gave form and eloquence to the injustices that rankled a significant portion of the population, and the collective action based on belief in these ideas enabled society to be transformed.

But belief is not enough. There must be something fundamental as well that gives the believed-in system an advantage over the one the believers oppose. There is no better example of this than the failure of socialism, despite fervent beliefs that united its advocates so effectively that they could overthrow governments in a multitude of countries: in Russia, China, Cuba, and many others.

And indeed there is. Locating it was my first major work in economics. So I’m going to treat fans of Milton Friedman here to an argument that they can use to really, really annoy any Marxists they bump into.

Marx’s key claim that favored socialism over capitalism was that labor was the only source of what he called “surplus value”—which is basically the same thing as profit. Machines, he argued, simply transferred the “value” that had been used to make them into the value of things they made, leaving no surplus.

In addition, Marx argued that competition between capitalists led to innovation that increased the ratio of machinery to labor over time—and this caused the rate of profit to fall as well. The “tendency for the rate of profit to fall” would lead to capitalists exploiting labor even more, which would cause workers to revolt, and bring about socialism.

A key part of this argument is the assertion that machines can’t add to profit. This is indeed how Marx first put it, but he was never happy with simple assertions: he wanted to prove his key propositions instead.

He developed a brilliant proof in 1857, but it had the opposite outcome: it showed that machines were a source of profit.

I’m conscious of another comment from MissStofeles that my last op-ed was “WAY too long,” so I’ll cut to the chase here (with more detail in a postscript). Marx’s original assertion that machines didn’t add any value meant that their contribution to value was equal to their depreciation—and this is how Marx put it in Capital I:

“However useful a machine may be, though it may cost £150, yet it cannot, under any circumstances, add to the value of the product more than £150.”

However, when he first developed the proof I cover in the postscript, he made this observation:

“It also has to be postulated that the use-value of the machine [is] significantly greater than its value; i.e. that its devaluation in the service of production is not proportional to its increasing effect on production.”

This original observation was correct: with his proof below, a machine can add value because its contribution to production (its use-value) exceeds its cost of production (its exchange-value).

Marxists hate this argument, and vigorously assert that Marx’s assertion that machines don’t add value was correct. They behave as believers, rather than readers. That’s a mistake, whether you’re a left-wing or a right-wing reader, if the person you’re believing has made a mistake—whether that person’s name is Milton Friedman or Karl Marx.

Marx argued that the exchange-value of a worker was the cost of the means of subsistence—which might take 6 hours to produce. The use-value was how long the worker actually worked—which in his time was about 12 hours per day. The gap between the two—12 minus 6—was “surplus value.”

Exactly the same logic applies to a machine. The exchange-value is how much it costs to produce it; the use-value is how many units of output it can produce. With the two being unrelated, a machine’s use-value can exceed its exchange-value, and therefore it can be a source of profit. There is no “tendency for the rate of profit to fall,” and hence no tendency to socialism. Oops!

For readers who want to dive a lot deeper than 1,200 words, you can find my academic works on this topic at ProfSteveKeen.com/research.