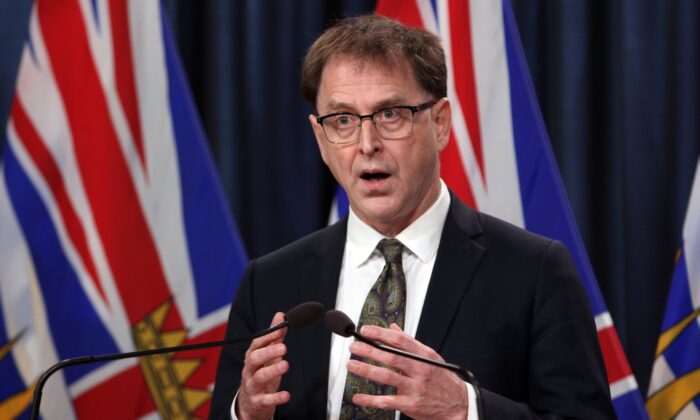 British Columbia has launched the country’s first provincewide lung cancer screening program for residents who are at high risk of getting the disease.

Health Minister Adrian Dix says the innovative program will both save lives and improve their quality.

Screening will be available at 36 centres across all health authorities using existing CT scans for those who are between 55 and 74, currently smoking or have previously smoked, and have a smoking history of 20 years or more.

People who meet that criteria are encouraged to call the program for a consultation and risk assessment to determine eligibility.

Dr. Stephen Lam, medical director of the screening program, says lung cancer is the leading cause of cancer death in Canada and worldwide.

He says 70 percent of all cases are diagnosed at an advanced stage and the program aims to change that trend by detecting lung cancers earlier when treatment is more effective.

Dr. David Byers, CEO of the Provincial Health Services Authority, credits BC Cancer for making the launch possible, adding a centralized system will reduce the burden of cancer, “including among Indigenous people, who are disproportionately impacted by lung cancer.”

BC Cancer says that after an appointment, a radiologist would look for spots, or nodules, on a scan, and both the patient and their primary care provider would get results within three weeks.

It says screening works best when scans are done regularly to monitor for any changes.

The Health Ministry says in a release that an estimated 10,000 patients are expected to be screened in the first year of the program, and that number is expected to jump by about 15 percent per year.

“It is estimated the program will diagnose approximately 150 lung cancer cases annually, with more than 75 percent of these diagnosed at an earlier stage than without screening.”