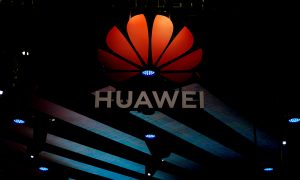 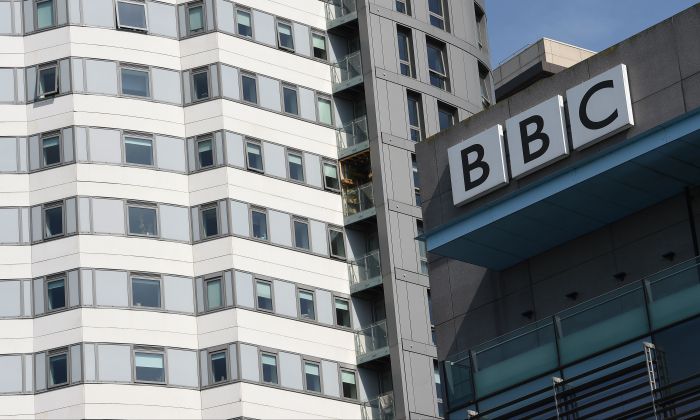 A general view of the BBC Studios at the MediaCityUK complex in Salford, Greater Manchester, northwest England, on May 14, 2019. (PAUL ELLIS/AFP/Getty Images)
China Business & Economy

The United Kingdom launched its first 5G network on May 30. Britain’s public broadcaster BBC, did two live TV broadcasts using Huawei’s equipment that day. The first one was delayed by 15 minutes, while the second one was cut short after the image stopped displaying due to poor signals.

Meanwhile, more than 100 computer experts are currently doing security tests on 5G equipment from Nokia, Ericsson, Huawei, and other telecom firms operating in the UK. The Sunday Telegraph quoted government and industry sources on June 1 saying that Chinese state hackers were purposely attacking the systems of Huawei rivals, so that the Chinese regime could report the “vulnerabilities” to the 5G testers and rig the competition in Huawei’s favor.

5G is the latest mobile telecommunication technology, with speeds 10 to 100 times faster than 4G. 5G networks can connect 100 times the number of devices that 4G can, and supply 100 percent of coverage.

BBC tried its first 5G live broadcast during the morning of May 30. Rory Cellan-Jones, a BBC technology correspondent, reported from Covent Garden in London, but could not broadcast on schedule after “the whole system went down.”

“We’d run out of data on the SIM card,” Cellan-Jones said.

Cellan-Jones explained that because using 5G takes up a lot of data, the SIM card on the BBC equipment soon ran out of storage space. He had to get a new SIM card with larger storage.

He introduced on Twitter that BBC uses 5G terminal equipment from Huawei.

But in general, the quality of the broadcasted image was good.

After another 13 seconds, BBC stopped the live broadcasting even though Walton was still talking about 5G. “Bizarrely, the 5G line isn’t working properly,” Myrie apologized.

EE, a British mobile carrier, launched 5G networks in six cities, Belfast, Birmingham, Cardiff, Edinburgh, London, and Manchester, on May 30. Its core network equipment are supplied by Nokia, according to UK media Computer World. EE plans to reach 1,500 sites by the end of 2019.

Vodafone, another UK carrier, will launch 5G in seven UK cities on July 3, and operate 5G in 12 other British cities before 2020. Vodafone chose Ericsson as its network supplier.

Security is a big concern in the rollout of 5G. The British government is conducting security tests on 5G networks built by different suppliers, including Huawei, Nokia, and Ericsson. More than 100 experts are conducting the test, set to be completed by June 10.

The Sunday Telegraph quoted the government and industry sources in a June 1 report, claiming that “Beijing is feeding secret details of security vulnerabilities… to a team of IT specialists” in order for the test results to come out in favor of Huawei.

According to the report, the Chinese regime has ordered state hackers to attack the 5G networks supplied by Nokia and Ericsson. The regime then reported the weaknesses to the British testers, to “ensure Nokia and Ericsson’s equipment is found to be insecure.”

Furthermore, Beijing seeks to utilize the rigged test results as testimony to defend criticisms of Huawei’s security risks, and convince other European countries to use Huawei in their 5G networks.

Many Western countries have shut out Huawei from their networks, accusing the company of either current or potential future collaboration with Beijing’s defense and spy agencies.

British intelligence had seriously criticized Huawei’s security vulnerabilities back in March, with the company promising to improve by investing billions of dollars.

But the UK has yet to ban the Chinese firm completely from 5G, unlike some of its allies, such the United States, Australia, and New Zealand.

But the Sunday Telegraph report added to the concerns about Huawei’s poor development: sources said the company’s 5G system had vulnerabilities in its standard software and hardware.

After the U.S.administration added Huawei and its 68 affiliates to its trade blacklist on May 15–effectively banning the Chinese firm from doing business with U.S. companies–EE announced at a May 22 press conference that Huawei smartphones would be left out of its 5G launch, due to the uncertain nature of the company’s future following the U.S. ban.