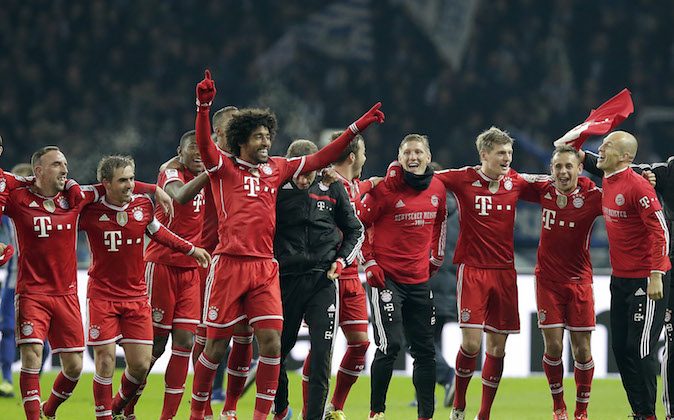 The game will be broadcast on Sky Go in Germany.

The game will also air on GOLTV USA and MyGermanTV + in the United States.

Here is an AP article on Bayern.

Bayern, already the earliest champion in the league history, could eclipse another record it set last season when it finished with 91 points. Bayern now has 77, with seven matches and 21 points at stake. Bayern has won 25 of 27 games, with two draws. Bayern has won its last 19 games in the league and is undefeated in 52 matches.

Pep Guardiola’s team is on course to repeat its unprecedented treble of last season, when it won the Bundesliga, the Champions League and the German Cup.

Next for Bayern is high-scoring and high-conceding Hoffenheim, which has the second-best attack (60) after Bayern and the worst defense (59) in the league.

Bayern goalkeeper Manuel Neuer says Bayer isn’t about to relax: “We never lose our motivation. We take every opponent seriously and we go into every game with great confidence.”