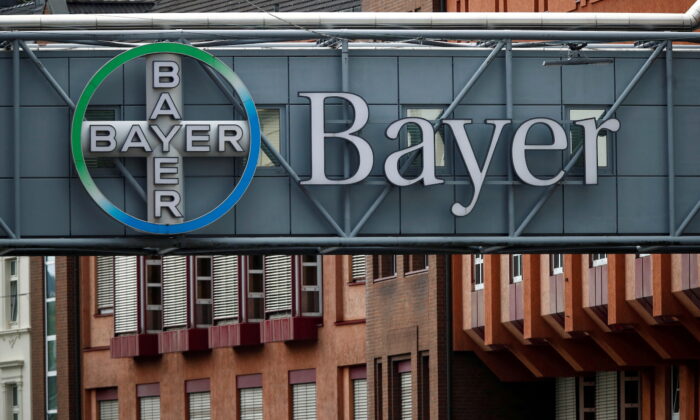 A bridge is decorated with the logo of a Bayer AG, a German pharmaceutical and chemical maker in Wuppertal, Germany on Aug. 9, 2019. (Wolfgang Rattay/Reuters)
Companies

FRANKFURT—German drugmaker Bayer said it would invest around 2 billion euros ($2.23 billion) at pharmaceutical manufacturing sites over the next three years, mainly to bolster production of biotechnology drugs as well as cell and gene therapies.

The sites to be upgraded include Berkeley, California, as well as Berlin, Leverkusen, and Bergkamen in Germany.

In addition, Bayer will transfer a manufacturing plant in Sao Paulo Cancioneiro, Brazil, as well as parts of the infrastructure and services at the German sites in Bergkamen, Wuppertal, and Berlin to new operators.