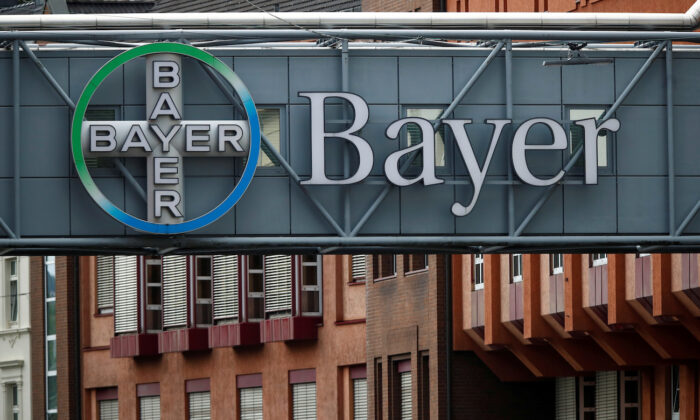 A bridge is decorated with the logo of a Bayer AG, a German pharmaceutical and chemical maker in Wuppertal, Germany, on Aug. 9, 2019. (Wolfgang Rattay/Reuters)
Companies

FRANKFURT—Bayer on Monday struck a partnership deal with Mammoth Biosciences to develop therapeutic tools based on CRISPR/CAS9 gene editing as the German drug maker seeks to widen its cell and gene therapy development efforts.

The initial focus of the collaboration will be liver-based diseases, the companies said in a joint statement on Monday.

Mammoth, headquartered in the San Francisco Bay area, was co-founded by Nobel laureate Jennifer Doudna. She shared the 2020 Nobel Prize in Chemistry with Emmanuelle Charpentier for developing the CRISPR/CAS9 gene editing tool.

Among previous steps to build a cell and gene therapy business, Bayer acquired BlueRock Therapeutics and Asklepios Biopharmaceutical in 2019 and 2020, respectively.

In late 2020, it agreed on an alliance on anti-tumour immune cell therapies with Atara Biotherapeutics.

By Ludwig Burger and Patricia Weiss