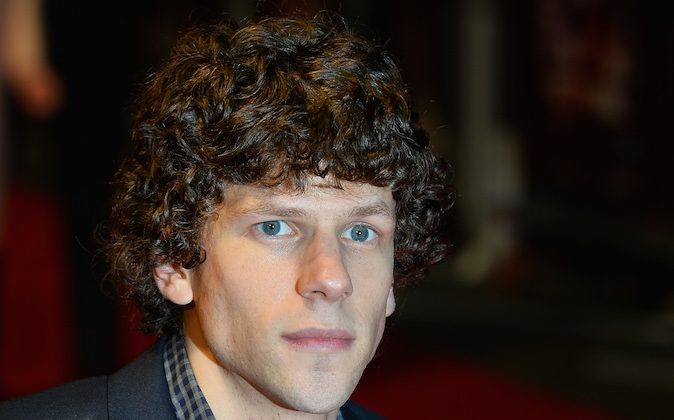 US actor Jesse Eisenberg attends the European premiere of his film 'The Double' during the London Film Festival in central London on October 12, 2013. (BEN STANSALL/AFP/Getty Images)
Entertainment

Batman vs Superman Movie News, Rumors: LexCorp Could be Featured in ‘Dawn of Justice’

Shooting for Batman vs Superman: Dawn of Justice has began, and it looks like the next scenes scheduled involve baddy Lex Luthor’s office building.

According to Batman News, director Zack Snyder and crew will be shooting a LexCorp scene on June 12 and 13. LexCorp is the headquarters of Superman’s arch-nemesis Lex Luthor.

In Snyder’s Superman universe, LexCorp is a “young, edgy company,” a Mark Zuckerberg-ish “.com or Google type workplace.” Perhaps that’s why Jesse Eisenberg was hired to play the part of Lex Luthor.

The introduction of the Luthor character, other than being classic Superman villain, could have implications for the proposed Justice League movie, and eventually divert attention away from the big battle between the Man of Tomorrow and the Dark Knight.

In the comics, Luthor normally is the mastermind behind some super villain gatherings large enough to warrant Justice League intervention.

Regardless, it would be exciting to see how Snyder intends to fit Luthor in a film that has been billed as a clash between two of DC comics’ most iconic heroes.

Getting Superman to fight Batman was definitely on Snyder’s mind when he thought about a Superman sequel. In an interview with Forbes, he said: “I gotta be honest, it definitely was a thing that… after Man of Steel finished and we started talking about what would be in the next movie, I started subtly mentioning that it would be cool if he faced Batman. In the first meeting, it was like, ‘Maybe Batman?'”

Batman v. Superman: Dawn of Justice will hit theaters on May 6, 2016. The film will star Henry Cavill as Clark Kent/Superman, Ben Affleck as Bruce Wayne/Batman, and Gal Gadot as Diana Prince/Wonder Woman. Jesse Eisenberg will play Lex Luthor, Jeremy Irons as Alfred, and Holly Hunter will feature in an unspecified new role.

Amy Adams, Laurence Fishburne and Diane Lane will return from Man of Steel.