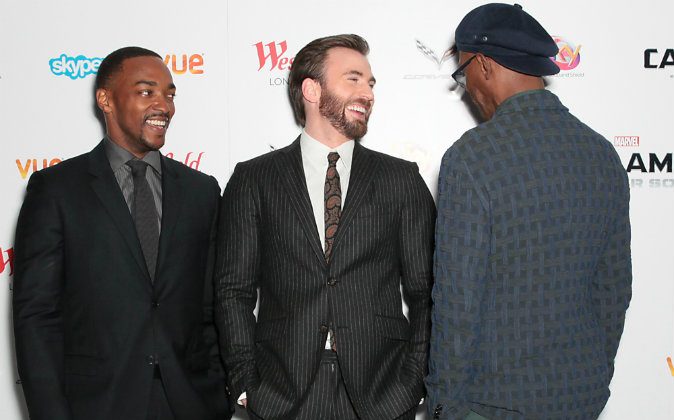 Batman vs Superman: DC Superhero Film Set for Box Office Fight With Captain America 3 in 2016, Pulls Ahead in Online Poll

DC’s upcoming superhero team movie, Batman vs Superman, will duke it out in the box office with Marvel’s Captain America 3 as both films premiere on the same day.

Batman vs Superman, which stars Ben Affleck as Batman and sees Henry Cavill reprise his role as the Man of Steel, was originally scheduled to hit theaters in summer 2015. The release date, however, was later pushed back to May 6, 2016, the same date that Captain America 3 is set to premiere, according to The Hollywood Reporter.

Marvel had booked that date before DC, and they have traditionally premiered films on the first weekend of the summer.

C0-director Anthony Russo said at the film’s UK premiere that Marvel is just going to focus on shooting the “best movie we can make.”

Some of the Winter Soldier‘s crew didn’t mince words.

After Anthony Russo’s comments, Anthony Mackie, who plays Falcon, added, “in other words, punks step up to get beat down!”

Samuel L. Jackson too chimed in, saying that while Marvel has heroes, the DC comic universe has “interesting bad guys.”

IGN conducted a poll with its readers, and Batman vs. Superman came out tops, with 65% of IGN readers preferring to see the Dark Knight take on the Man of Steel rather than Marvel’s super soldier (33%).

Since there’s some time before either film is release, one film studio could still back down.

“When two cars are speeding at each other, one of them’s gotta veer out of the way at some point,” said Winter Soldier co-director Joe Russo.