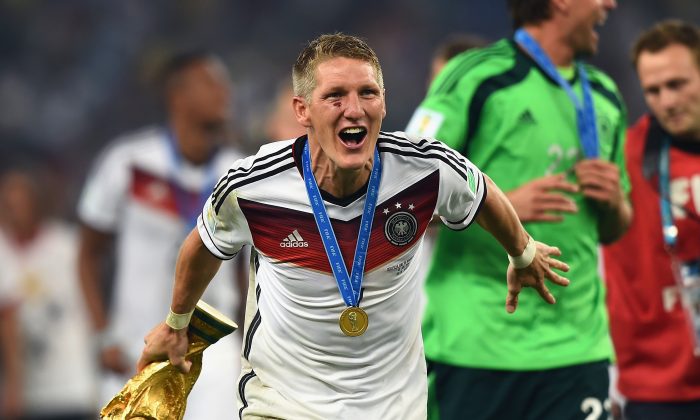 Bastian Schweinsteiger might be making a switch to Old Trafford this summer.

The 29-year-old German international has been linked with a move to Manchester United as new manager Louis van Gaal seeks to bring in another familiar face to work with.

Schweinsteiger, who put in a commendable performance in the final of World Cup 2014, was previously managed by Van Gaal at Bayern Munich, and won the Bundesliga title and domestic cup under the Dutchman.

After news broke that Schweinsteiger was considering a move to Man United, odds of his making an Old Trafford move dropped.

Currently, Schweinsteiger is 8/11 to sign for Man United before September 2, 2014, according to Sky Bet.