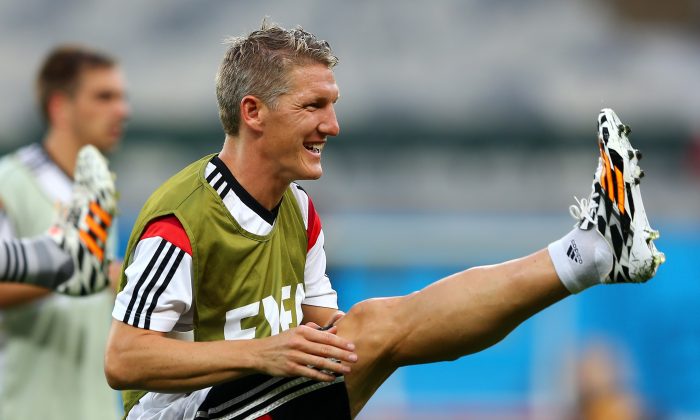 Bastian Schweinsteiger has played well in World Cup 2014 so far, but how does he stack up in a video game?

In EA Sports’ popular soccer game, FIFA 14, Schweinsteiger has a rating of 88 in Career mode and Ultimate Team. He has no potential for growth in Career mode.

Check out a review video of the German international in FIFA 14:

In the real world, Schweinsteiger made 28 appearances for Bayern Munich in all competitions, scored 7 goals and provided 4 assists in the 2013/2014 season.