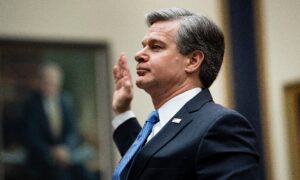 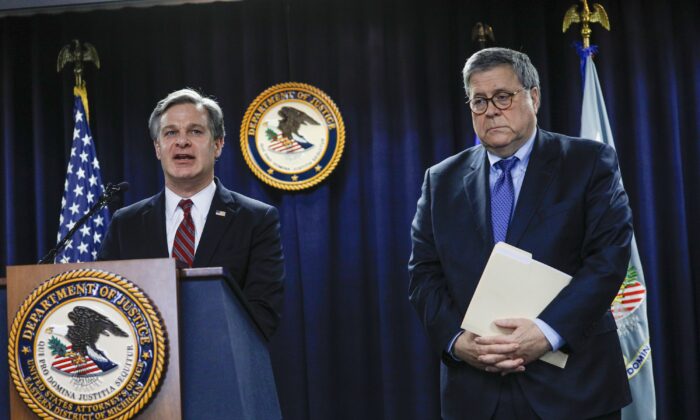 Flynn, former head of the Defense Intelligence Agency (DIA) and former national security adviser to President Donald Trump, pleaded guilty in 2017 to one count of lying to the FBI. But in a January filing, Flynn asked the court to let him withdraw his guilty plea, citing the government’s “bad faith, vindictiveness, and breach of the plea agreement.”

On May 7, the Department of Justice (DOJ) dropped the case against the former adviser, saying that when the FBI interviewed him on Jan. 24, 2017, the investigation into Flynn was “no longer justifiably predicated” and “seems to have been undertaken only to elicit those very false statements and thereby criminalize Mr. Flynn.”

Wray has faced mounting criticism in recent weeks for his handling of the case against Flynn, centering chiefly on claims that he either suppressed or slow-walked documents in the FBI’s investigation of the former adviser.

“Many of these records should have been provided to Flynn’s defense team long ago,” said CBS reporter Catherine Herridge in a May 7 interview with Barr, before asking the DOJ chief if, as a consequence, he had lost confidence in Wray.

“Well, you know, Chris Wray has always supported and been very helpful in various investigations we’ve been running,” Barr said, adding that the FBI chief  “cooperated fully” with both the inquiry into the Flynn case and the DOJ inquiry into the FBI’s handling of the investigation into allegations of a criminal conspiracy, often referred to as “collusion,” between the Trump campaign and Russia to influence the 2016 election.

“But, you know, there are a lot of cases in the Department of Justice, and I don’t consider it the director’s responsibility to make sure that all the documents are produced in each case,” Barr said. “So I don’t—I wouldn’t say that this has affected my confidence in Director Wray.”

Trump, in a May 8 interview on “Fox & Friends,” called revelations about the FBI’s handling of the Flynn case “disappointing,” but said he would defer to Barr on what repercussions Wray should face, if any.

In the interview with CBS, Barr said he believes Wray has “what it takes” to reform the FBI.