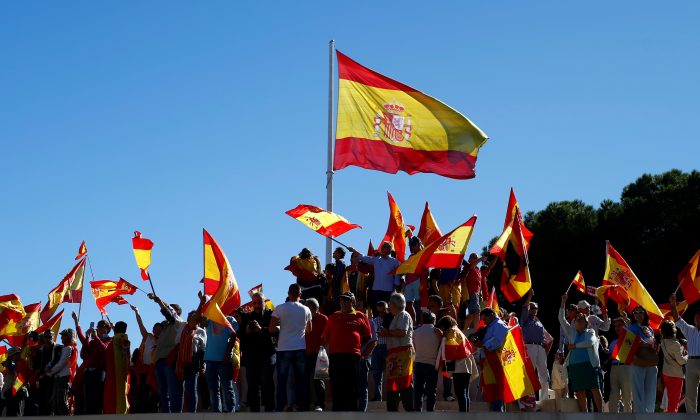 Barely a Quarter of Catalans Want to Pursue Split From Spain: Poll

MADRID—Barely a quarter of Catalans want to continue with a plan to claim independence from Spain in the wake of Dec. 21 regional elections, according to a poll published in El Pais newspaper on Monday.

An illegal Catalan independence referendum on Oct. 1 plunged Spain into its worst political crisis in decades. It eased after the sacking of the secessionist Catalan authorities by the Madrid government elicited little resistance. But uncertainty could return if the pro-independence camp wins in the Dec. 21 vote.

Just 24 percent of those polled by Metroscopia said they would like to continue with the independence process after the elections, whereas 71 percent said they would prefer politicians to find an agreement based on Catalonia staying part of Spain.

Pro-independence parties may fail to retain an absolute majority of seats in the Catalan parliament in next month’s election, the first part of the poll published on Sunday showed.

However, the survey’s margin of error at 2.4 percent and the fact support was evenly split between the two sides makes reading conclusions from polls difficult. The telephone poll surveyed 1,800 Catalans between Nov. 20 and Nov. 22.

Failure to capture a majority in the regional parliament would be a heavy blow for Catalan separatists who have billed the election as a plebiscite on Madrid’s decision to impose direct rule on the region last month.

The Oct. referendum produced a large majority in favor of independence, but turnout was only 43 percent because many who opposed the breakaway did not vote.

Catalan separatist parties are forecast to win 46 percent of the vote, down slightly from 47.7 percent in a previous election in 2015. Unionist parties combined would account for another 46 percent of votes, up from less than 40 percent last time, according to the Metroscopia poll.

Turnout for the election, which former Catalan leader Carles Puigdemont said on Saturday would be the most important in the region’s history, is predicted to reach a record 80 percent.