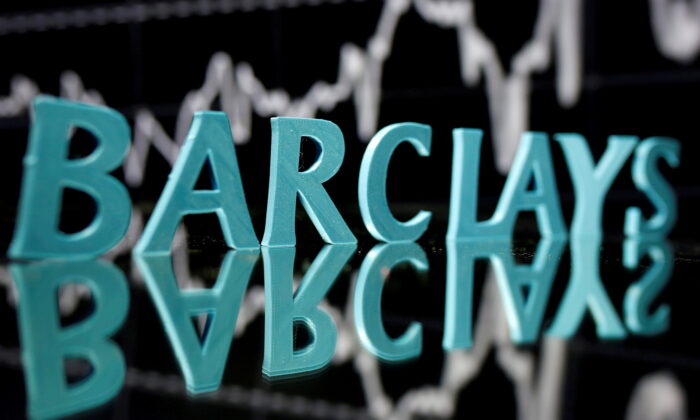 The Barclays logo is seen in front of the displayed stock graph, on June 21, 2017. (Dado Ruvic/Reuters)
Economy

Barclays raised its 2022 oil price forecasts on Tuesday as it expects a faster-than-expected inventory drawdown and cautious supply response to offset a modest surplus next year.

The bank raised its 2022 average price forecast by $3 to $80 and $77 per barrel for Brent and West Texas Intermediate (WTI) respectively.

Oil prices fell on Tuesday on talk that the United States, Japan and India will release crude reserves to tame prices despite the threat of faltering demand as COVID-19 cases flare up in Europe.

Barclays expects a smaller deficit in Q4-21 to flip to a surplus a bit sooner, in Q1-22, compared with Q2-22 earlier, but said a lower starting point for potential inventory builds next year should more than offset this.

“We think Strategic Petroleum Reserves are not a sustainable source of supply and the effect of such market intervention would only be temporary,” the bank said in a note.

The United States is expected to announce a loan of crude oil from its emergency stockpile on Tuesday in an attempt to lower energy prices, a Biden administration source familiar with the situation said.

Barclays said a persistent COVID-19 surge posed significant risks to its outlook as it could weigh on demand, even though OPEC+ would likely slow or even pause its ongoing tapering of supply curbs in response to a material slowdown in demand.

The Organization of the Petroleum Exporting Countries and its allies, collectively known as OPEC+ earlier this month agreed to stick to plans to raise oil output by 400,000 barrels per day (bpd) from December.