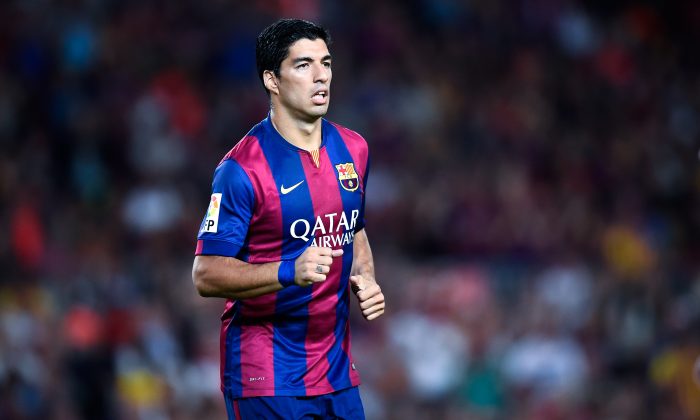 Luis Suarez of FC Barcelona looks on during the Joan Gamper Trophy match between FC Barcelona and Club Leon at Camp Nou on August 18, 2014 in Barcelona, Spain. (Photo by David Ramos/Getty Images)
Europe

Barcelona and Elche will face off in a La Liga match on Sunday, August 24.

The game will be broadcast on Canal+ 1/HD/30 and Canal+ Yomvi in Spain.

In the United States, the game will air on beIN Sports USA, beIN Sports en Español, and SiriusXM FC

Barcelona are 1/9 to win the match, as compared to 35/1 for Elche, as per OddsChecker.

See an AP preview of this weekend’s La Liga action below.

5 Things to Know About the Spanish League

BARCELONA, Spain (AP) — The Spanish league opens this weekend with the three main title contenders – Atletico Madrid, Real Madrid, and Barcelona- all facing smaller clubs they will be expected to beat.