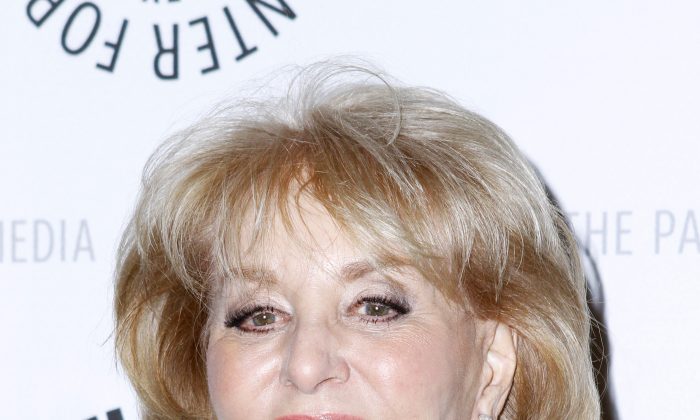 Veteran news anchor and talk show host, Barbara Walters, 83, who will officially announce on Monday her 2014 retirement, has been known to make people cry during interviews with her talent for asking probing questions.

Don Carleton of the Archive of American Television asked Walters in 2000 how she would define “a Barbara Walters question.”

Walters said she asks personal questions, often starting with the interviewee’s childhood—from movie stars to murderers, everyone has a personal story rooted in childhood, she said. The tears would often come if she followed this line of questioning, but she said, “I try now to stay away from that.”

In 1980, when she interviewed Richard Nixon, she wanted to bring out his humanity to contrast the bad press he got following the Watergate scandal. She asked him what carried him through the hard times. She recalled his response: “Why do you have to ask me these questions, Barbara? Why don’t you ask the serious things?”

She returned to foreign policy topics, but finished with the question, “Are you sorry you burned the tapes?”

“And, for the first time, he said, ‘Yes, I am,’” Walters recalled. She said a good opening and a good close are very important. Although she often asked personal questions, she noted that today’s journalists ask questions she wouldn’t dream of asking.

She gave another example of a “Barbara Walters question”—“What’s the biggest misconception about you?” She said this allows the interviewee to bring up the rumors without her having to ask about them directly.

A “Barbara Walters question” she hopes to live down is the “what kind of tree?” question.

She once asked actress Katherine Hephburn this and has been unable to live it down since. Hephburn had said something along the lines of “I’m like an old tree.” So, Walters asked, “Oh, what kind of tree?”

“I hope that in history’s time I will live this down,” Walters told Carleton. But, she is able to laugh at herself. Walters said comedian Gilda Radner’s spoof character “Baba Wawa,” irked her at first, but when her daughter told her to take it more lightly, she listened.