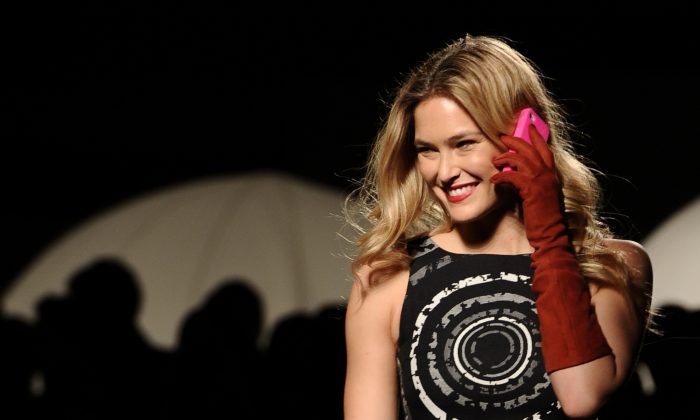 Bar Rafaeli, a 28-year-old Israeli model, told Roger Waters not to use her photos in the video art displayed at his concert if he persists in boycotting Israel.

“Roger Waters, you should remove my picture from the video art at your concerts. If you’re boycotting – then go all the way,” she tweeted, the Jerusalem Post reported Wednesday.

Waters had written an open letter dated August 18, quoted by the Post, saying: “I write to you now, my brothers and sisters in the family of Rock and Roll, to ask you to join with me, and thousands of other artists around the world, to declare a cultural boycott on Israel.”

He called for the boycott on the grounds of “apartheid and racist foreign policies.”

In 2011, Refaeli had seen her photo included in the art at a Water’s concert. She tweeted at the time, according to the Telegraph: “Crazy thing… Went to the Roger Waters show in Paris, and saw a pic of myself on the wall!!! #respect!!! I’m honoured.”

Waters published an open letter on his website to address previous claims that he is anti-Semitic. After his concert in Belgium, an Israeli who had attended the performance, Alon Onfus Asif, criticized Waters for using a pig effigy bearing the star of David. The pig was destroyed by the audience at the end of the show. Rabbi Abraham Cooper, Dean of the Simon Wiesenthal Center, picked up on Asif’s criticism and spread it further.

Waters’s letter, dated August 1, relayed a statement issued by the Anti-Defamation League—an organization that defends Jewish people and Judaism against attack: “While we wish that Mr. Waters would have avoided using the Star of David, we believe there is no anti-Semitic intent here.”

Waters wrote: “I have many very close Jewish friends, one of whom, interestingly enough, is the nephew of the late Simon Wiesenthal. I am proud of that association; Simon Wiesenthal was a great man. Also I have two grandsons who, I love more than life itself, their Mother, my daughter in law, is Jewish and so, in consequence, I’m told, are they.