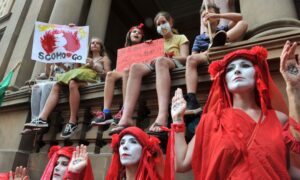 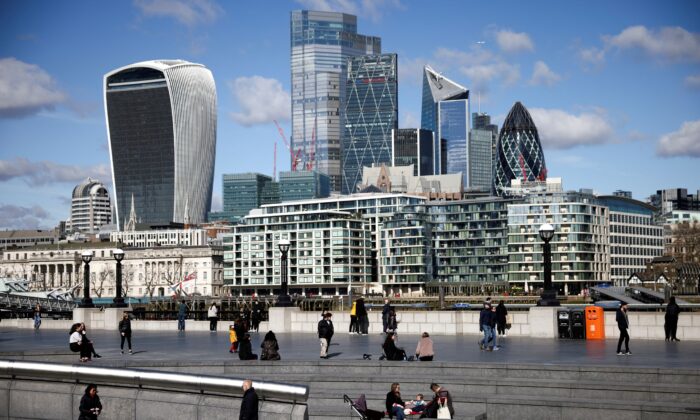 The City of London financial district can be seen as people walk along the south side of the River Thames, amid the coronavirus disease outbreak in London, Britain on March 19, 2021. (Henry Nicholls/Reuters)
Markets

LONDON—London will remain a leading global financial centre despite uncertainty over regulation due to Brexit, Lloyds Bank’s annual sentiment survey of financial firms showed on Monday.

Britain fully left the European Union, its biggest single export customer, in December last year, with thousands of jobs and billions of euros in daily trading moving from London to the continent, raising concerns about the capital’s clout in global finance.

But the survey of more than 100 banks, asset managers and insurers showed that more than two-thirds believe that London will remain a top centre.

“It seems sensible to conclude that, while London’s status has taken a knock due to Brexit, it will remain one of the world’s leading financial centres,” the survey said.

Brexit led to the UK financial sector being cut off from the EU and the survey showed that 42 percent believe a resumption of access won’t happen until 2023 or later, while almost a third said it will never happen.

Regulatory change is seen as the biggest threat, consistent with the “ongoing uncertainty” over the shape of regulatory reform many months after Brexit, the survey said.

With little prospect of EU access, Britain’s finance ministry set out a welter of reform proposals that have yet to be implemented.