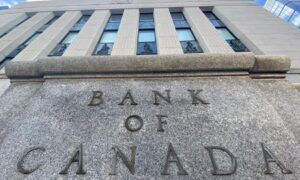 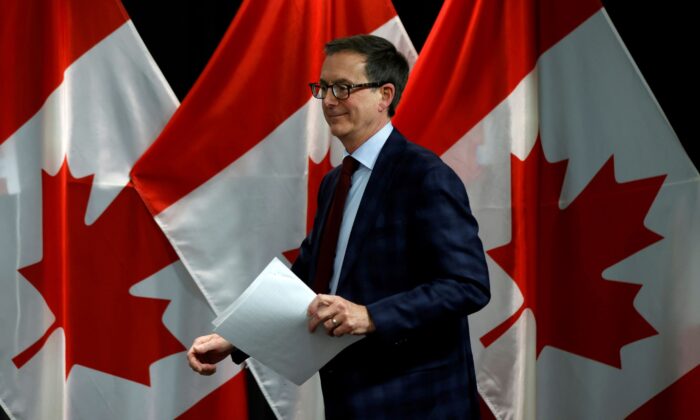 OTTAWA—The Canadian economy is moving closer to the point where the Bank of Canada will no longer need to continue adding stimulus to the economy through its quantitative easing (QE) program, but it is not there yet, Governor Tiff Macklem said on Thursday.

Macklem, in a speech the day after the central bank held its key interest rate at 0.25 percent, also said for the first time that when the Bank of Canada reduces stimulus it will do so by hiking rates before curbing its holdings of government bonds.

“As the recovery progresses, we are moving closer to a time when continuing to add stimulus through QE will no longer be necessary. We are not there yet,” Macklem said.

“Eventually, when we need to reduce the amount of monetary stimulus, you can expect us to begin by raising our policy interest rate,” he added in a webcast to a Quebec business group.

Macklem said the first step, once new stimulus is no longer needed, would be to move to a reinvestment phase of the QE program, during which the central bank will buy only enough bonds to replace those that are maturing—about C$1 billion ($791 million) a week. Doing so would maintain stimulus but not add new stimulus.

That would mean the reinvestment phase could begin as soon as next month if the Bank of Canada tapers its weekly bond-buying to C$1 billion from the currently targeted C$2 billion as part of its October interest rate decision, as expected, analysts said.

But Macklem made clear that a shift to reinvestment would depend on economic developments.

“Let me emphasize, when we get to the reinvestment phase and how long we are in it are monetary policy decisions that will depend on the strength of the recovery and the evolution of inflation,” he said.

“We are now in the fourth [COVID-19] wave. That could weigh on the recovery and our outlook,” Macklem later said while answering audience questions.

Macklem earlier noted that while many of Canada’s hardest-hit sectors began to rebound over the summer, the recovery is still choppy and uncertainty remains.

He pointed to rising COVID-19 cases and supply chain disruptions as risks to the global recovery that were also weighing on Canada’s economic performance.

“We expect these global supply chain problems will gradually be resolved, but it could take some time,” he said.