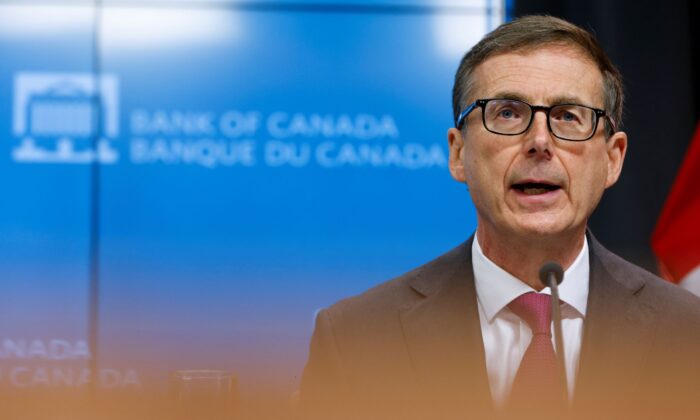 Bank of Canada Keeps Some Dry Powder as Ottawa Spends

OTTAWA/TORONTO—Bank of Canada Governor Tiff Macklem sees the benefit of sticking with increased government spending to support an economy that has been hammered by the COVID-19 crisis, even as the central bank keeps some of its own firepower in reserve.

Macklem told Reuters late Wednesday that there was “no question” the emergency supports the Canadian government had put in place were needed and warned against pulling back too soon.

“One of the things we’ve learned from past crises is that if you withdraw stimulus too early, the recovery stalls and it can end up costing you more than if you’d kept it going,” Macklem said in an interview.

He has previously said fiscal policy is more effective than monetary policy at targeting those hit hardest by the crisis.

On Wednesday, finance minister Chrystia Freeland signaled that while more money was coming as Canada grapples with a second wave of coronavirus infections, aid spending “cannot” be infinite.

Macklem said he supports the principle that the fiscal aid cannot last forever.

“If you get yourself in a situation where you have a structural deficit, you’re going to create a new problem, so that’s something to be avoided,” he said.

On Wednesday, the Bank tweaked its bond-buying program toward longer-term purchases, a shift that better aligns the program with government borrowing, analysts say.

But the central bank stopped short of additional easing steps, such as setting targets for long-term yields or signaling a willingness to let inflation run above target.

“[Macklem] has in the back of his mind full awareness of a potential fiscal policy overshoot forthcoming that lessens pressure upon him to offer additional stimulus,” Derek Holt, head of capital markets economics at Scotiabank, said in a note.

“The BoC is not operating in a policy vacuum and has tended to strongly coordinate moves with the federal government.”

By Julie Gordon and Fergal Smith