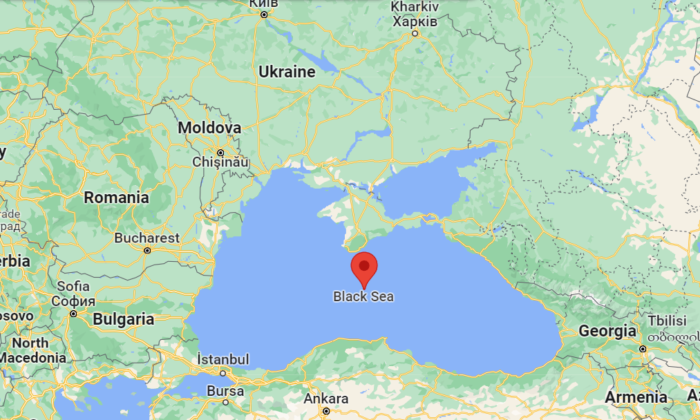 A map shows the location of the Ukrainian Black Sea port of Olvia, on March 3, 2022. (Google Maps)
Russia-Ukraine War

DHAKA—A missile or bomb hit a Bangladeshi-owned cargo ship in the Ukrainian Black Sea port of Olvia, killing one of its crew members, and efforts were underway to rescue the others from the vessel, its owner said on Thursday.

“The ship came under attack and one engineer was killed,” Pijush Dutta, executive director of Bangladesh Shipping Corp., told Reuters. “It was not clear whether it was a bomb or missile or which side launched the attack. The other 28 crewmen are unharmed,” he said, without providing further details.

The Bangladesh-flagged Banglar Samriddhi had been stuck at the port of Olvia since Russia’s invasion of Ukraine began on Feb. 24, and was hit by a missile, a Bangladeshi foreign ministry official said earlier on Thursday.

The vessel was struck on Wednesday evening and videos on social media showed crew members asking for help.

In one video, the vessel’s second engineer said the ship had been hit by a rocket with one crewmate already dead.

“We have no power supply. Emergency generator power supply is running. We are on the verge of death. We have not been rescued yet. Please save us,” the seafarer said.

Many shipping companies have suspended sailings to affected Black Sea ports and other terminals in Ukraine, with insurance premiums for voyages soaring in recent days. At least three commercial ships have been hit by bombs since Feb. 24.

By Ruma Paul and Jonathan Saul