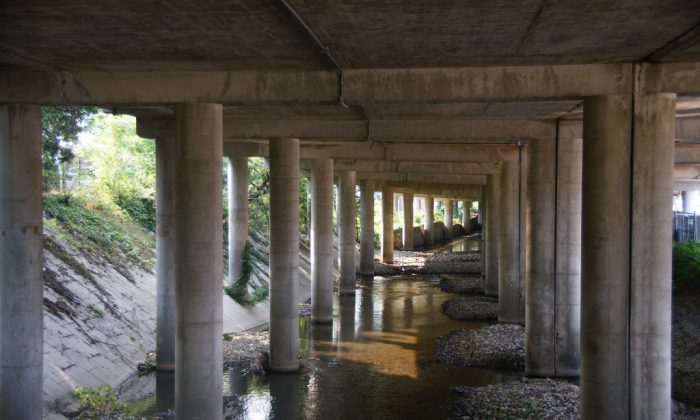 Baltimore’s Streams Are on Speed

A study released in Environmental Science & Technology has found that pharmaceutical and illicit drugs are polluting steams in Baltimore. We talked to the study’s coauthor Emma Rosi-Marshall to find out the impact this is having on stream life.

ResearchGate: Could you explain your study and the impact that too-high amphetamine levels have on aquatic ecosystems?

Fish ‘on Drugs’: Prescription Drug Effects Seen in Many Fish

At the Cary Institute’s artificial stream facility, we measured the effects of environmentally-relevant concentrations of amphetamine on stream algae, stream bacteria, and aquatic insects. We found that amphetamine suppressed the rates of algal production, changed the community composition of bacteria and diatoms, and led to the earlier emergence of aquatic insects. Algae, bacteria, and insects are at the base of aquatic food webs. They have an influence on the health of other aquatic life, including fish and animals that live along streams such as spiders, birds, and bats.

RG: Why are the levels of amphetamines in waterways increasing?

Rosi-Marshall: Although we did not study changes in pharmaceutical concentrations over time, we know that the human population is increasing and that pharmaceutical use is on the rise globally, with no sign of slowing down. More drugs are being produced and consumed, yet at the same time, our sewage infrastructure is decaying and inadequate. This is likely to lead to a continued presence of pharmaceuticals, including amphetamines, in streams and potentially increased concentrations over time. What we put in our bodies or use in our everyday lives can eventually make its way into aquatic ecosystems. It’s not just amphetamines that are on the rise, but the occurrence of a wide array of compounds that may have effects on aquatic ecosystems.

RG: What led you to look into amphetamines in waterways and the impact they are having on the ecosystem?

Rosi-Marshall: Many studies have demonstrated that a range of pharmaceuticals and personal care products have been detected in surface waters throughout the world; however, very little is known about the ecological effects of these compounds. There was virtually no research on the effects of stimulants like amphetamines on streams, so we decided to investigate this commonly detected drug type.

RG: Are too-high levels of amphetamine concentrations an issue in waterways in the U.S.? Do you have examples of this?

Rosi-Marshall: Again, we know that these and many other pharmaceuticals and personal care products are present in waterways in the U.S.  Understanding the ecological consequences is very difficult. These initial studies in artificial streams provide insight into possible effects that might occur out in the field.

RG: Is there any way to reduce the levels of amphetamines in waterways?

Michelle Kuepper is an editor at ResearchGate. She previously worked in tech journalism and PR and now focuses on the intersection between science and technology. This article was originally published on ResearchGate.