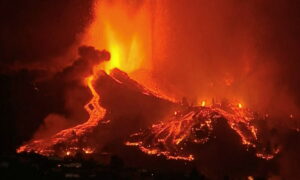 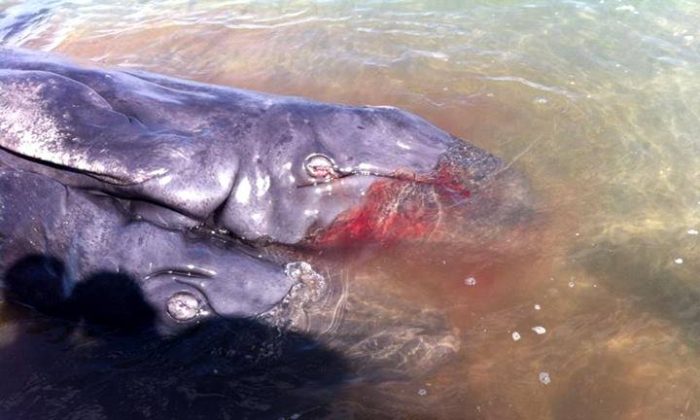 Gray whale calves were found in Mexico’s Scammon’s Lagoon (Laguna Ojo de Liebre) over the weekend, surprising locals. It might be the first discovery of conjoined gray whales ever.

Researchers at Guerrero Negro Verde, an organization that works to protect wildlife, documented the Siamese gray whales, whose bodies remained conjoined after birth.

“Unfortunately the specimen died,” it said.

José Carlos Cota Osuna, a delegate of Secretariat of Environment and Natural Resources, told Cabovision that scientists are studying the phenomenon. They plan to bury the whales and later dig up the bones to study them.

A search of the database at the Natural History Museum of Los Angeles County did not turn up results for published instances of conjoined gray whale twins, according to the blog Pete Thomas Outdoors.

Alisa Schulman-Janiger, an American Cetacean Society researcher, noted that the twins were underdeveloped and said that indicated a premature birth.

While some conspiracy websites are claiming a “Fuku mutation,” or a connection to Fukushima radiation, there is no indication of any connection.

Gray whales are arriving at lagoons along the Baja California peninsula around this time of year, and sometimes give birth during the journey.