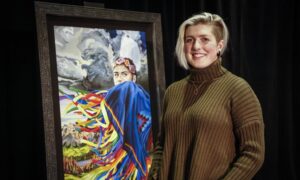 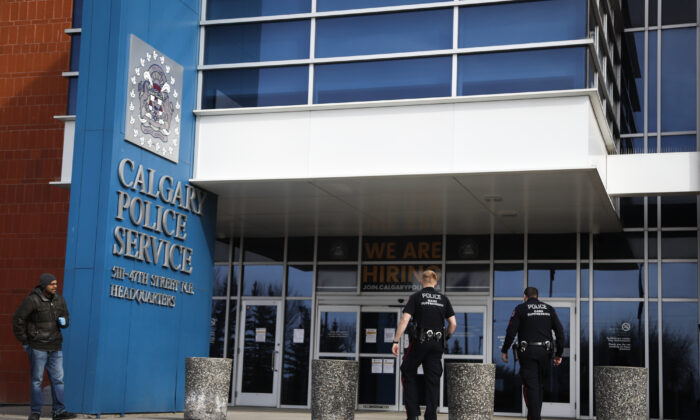 The Calgary Police Service headquarters in Calgary, Alta., on April 9, 2020, amid a worldwide COVID-19 pandemic. (The Canadian Press/Jeff McIntosh)
Canada

CALGARY—Two teens charged with first-degree murder in the death of a Calgary police officer are due in court today for a bail hearing.

The accused—19-year-old Amir Abdulrahman and a 17-year-old boy—were arrested on Friday afternoon after turning themselves in.

They had been wanted in the death of 37-year-old Sgt. Andrew Harnett, who was killed while conducting a traffic stop on New Year’s Eve.

Calgary police have said Harnett pulled over an SUV, which then struck and killed him.

They’ve alleged the younger of the two accused was behind the wheel, while they say Abdulrahman was a passenger.

The pair had their first court appearance on Saturday.