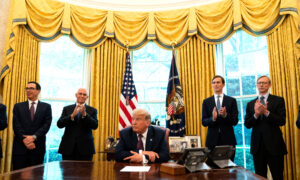 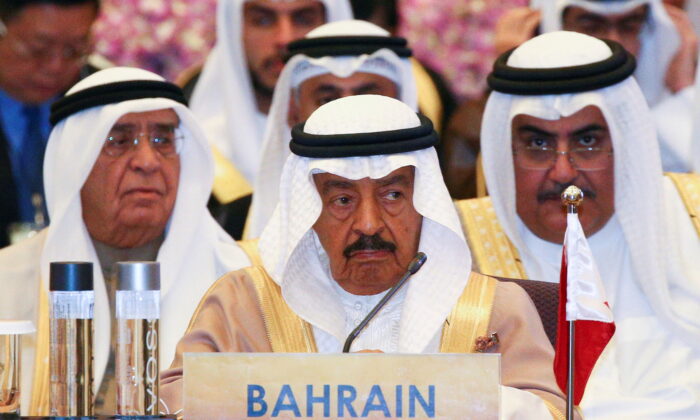 DUBAI — Bahrain’s Sheikh Khalifa bin Salman al Khalifa, the world’s longest-serving prime minister who repeatedly put down opposition unrest during a half-century in power, has died, with the country’s crown prince appointed in his place.

The new premier, Crown Prince Sheikh Salman bin Hamad Al Khalifa, 51, has been viewed as the ruling family’s leading proponent of social and economic reforms, although some changes were blocked in years past by family hardliners.

Bahrain has long seen confrontation between the Sunni Muslim ruling family and opposition with roots in the country’s Shi’ite majority, with political stalemate entrenched by a security crackdown in recent years.

Sheikh Khalifa, a dominant figure in the Gulf Arab kingdom’s politics, passed away on the morning of Nov. 11 at the Mayo Clinic in the United States, Bahrain’s state news agency said.

Khalifa, 84, the uncle of King Hamad bin Isa al-Khalifa, had served as prime minister since independence from Britain in 1971. The al-Khalifa family has reigned since 1783.

Khalifa’s stern response to pro-democracy protests in Bahrain in 2011—and criticism of similar unrest across the Arab world—underlined what for many was the defining characteristic of his career: defense of the dynastic rule.

The new premier, Crown Prince Salman, 51, is part of a younger generation of Gulf rulers seen as pushing social and economic reforms, although so far this has not been accompanied in the region by a political thaw.

“While he will be cautious and careful about keeping his family and neighbors onside, the king’s clear vote of confidence—and the ability to appoint his own cabinet—could make this a moment for bold steps to heal the political divide,” said Jane Kinninmont, a British-based expert on Bahrain at the European Leadership Network.

“He is regarded as one of the chief architects of an increasingly repressive state,” Jones said.

Sayed Ahmed Alwadaei, a prominent Bahraini rights campaigner exiled in Britain, said Sheikh Khalifa had masterminded “brutal repression” of the opposition during the 1990s and oversaw the crackdown on the 2011 uprising.

“The late Prince Sheikh Khalifa … was a man of historic stature whose name was associated with the modern transformation of Bahrain and the Arabian Gulf,” UAE Minister of State for Foreign Affairs Anwar Gargash said on Twitter. He added, “He was a man of solid positions and principles.”

The two countries have a particularly high level of influence in Bahrain, where the U.S. Fifth Fleet is based and where Britain’s Royal Navy has a major facility.

In August, Sheikh Kahlifa left the kingdom for what official media called at the time “a private visit abroad.”

Earlier this year, he spent time in Germany for unspecified medical treatment, returning to Bahrain in March.

The burial ceremony will take place upon the repatriation of his body, and the funeral will be limited to a specific number of relatives, Bahrain’s state news agency said.

Official mourning has been declared for a week, and government ministries and departments will close for three days starting Nov. 12.