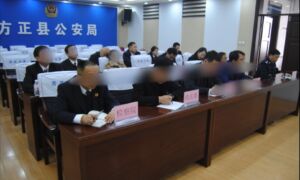 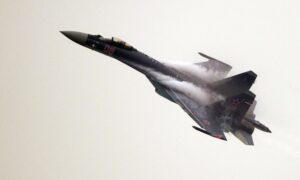 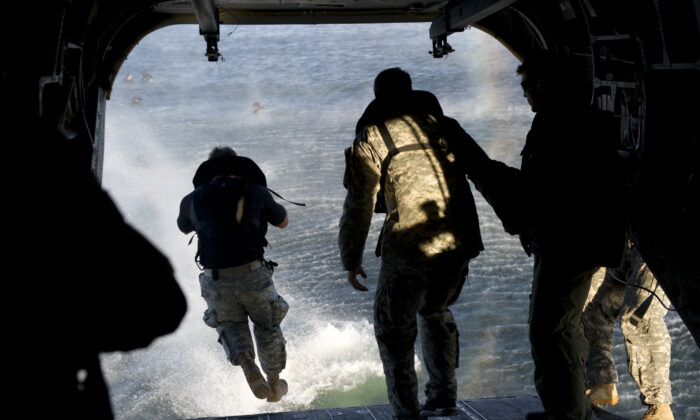 Back to the Shadows: The Future Role of Special Ops

Special operations forces need to return to the shadows, according to experts and former Pentagon officials, where they can counter irregular warfare from Russia, China, and Iran.

Before Sept. 11, 2001, special ops were cloaked in secrecy and operational security—the “quiet professionals” more likely to be training foreign troops than blowing open the gates to a terrorist compound.

But with the war on terror, they were swept into the media spotlight, as they became synonymous with high-stakes elite combat—from Green Berets riding horses into battle against the Taliban in Afghanistan in 2001, to Navy SEALs dropping from stealth helicopters into Bin Laden’s compound in Pakistan in 2011.

But the image of the door-kicking elite is misleading, say former special operations force (SOF) members and experts. The origins and skills of special ops, they say, lies in influencing behind the scenes: training of allies, clandestine operations, insurgency operations, intelligence, and psychological warfare.

Those skills are a perfect fit for tackling today’s irregular warfare challenges.

The U.S. military has been pivoting from counter-terrorism, upgrading with next-generation tech, and rethinking strategies for “great power competition” with Russia and, more significantly, China, as demanded by the National Defense Strategy document two years ago.

While SOF has begun to change, some experts believe it’s not going far enough. They say change is hampered by perceptions of what special ops can do, by a broader fixation on conventional warfare, and by the top Pentagon post for special ops being politically underpowered.

“Special operations is not just a counter-terrorism tool,” Stuart Bradin, former U.S. Army Special Forces colonel and president of Global SOF, told The Epoch Times. “It was born and raised in the Cold War. It retooled itself to do counter-terrorism, but it still possesses a lot of the [previous] capability.”

“After 9/11, we took on a counter-terrorism posture because that’s what the nation needed. We became more commando-like, going out there hunting and killing terrorists,” said Bradin, who also served as chief of staff at NATO Special Operations headquarters. “But we only adapted the things we already had to that counter-terrorism fight. The narrative is now, ‘Hey, we’re not doing much of that counter-terrorism anymore. We don’t need as much special operations.’ And that’s just fundamentally untrue.”

The U.S. military currently has about 70,000 special operations force members, with several different units across the services, such as the Navy SEALs, Army Green Berets, and Marine Corps Raiders. The Raiders were specifically established to meet the growing demand for special operations forces during the war on terror as the number of SOF members doubled.

Seth Jones, a senior adviser to the International Security Program at the Center for Strategic and International Studies (CSIS), says that to grasp the potential of SOF, leaders need to first understand that Beijing’s strategy isn’t one of conventional warfare.

“We are thinking of Taiwan Strait scenarios where we’re fighting the Chinese navy or the Chinese air force,” he told The Epoch Times. “Yet, if you look at the Chinese and their defense strategy, including the near-sea doctrine, they have no desire to fight the United States in a conventional, let alone a nuclear war. It is entirely irregular.”

He noted Beijing’s emphasis on espionage and cyberwarfare. He also gives the example of China building up military power in the Pacific through using fishing vessels to build islands on which they have put signals, intelligence platforms, anti-ship missiles, and cruise missiles. Then beyond that, he said, are other influences such as the Belt and Road Initiative and Confucius Institutes.

Russia and Iran use similarly irregular tactics, he said.

“These countries are primarily focused every day, every hour of every day, on competing largely at the irregular level.”

His perception is shared by Mark Mitchell, a former Pentagon official and Special Forces member who was also the first soldier to be awarded the Distinguished Service Cross during the war in Afghanistan.

“Special Operations Command (SOCOM) today is mainly optimized for direct action in support of counter-terrorism and counterinsurgency,” Mitchell, who also served briefly as the top Pentagon official for special operations, told The Epoch Times. “Unfortunately, that’s not the type of skills and focus that we’re going to need in competing globally with China in particular, and to a lesser degree, Russia and Iran.”

Steven Bucci, who served for three decades as an Army Special Forces officer and as a top Pentagon official, agreed such competition is a natural fit, but doesn’t think SOF needs a big pivot.

“It’s more a matter of a training focus and a leadership focus for the special ops community. And I think that’s already begun, and is ongoing as we speak,” Bucci, now a defense analyst at the Heritage Foundation, told The Epoch Times.

SOCOM has previously indicated it is shifting towards meeting the needs of the National Defense Strategy, noting that much of its operations are classified.

No Seat at the Table

Bradin thinks the Pentagon is too fixated on creating a deterrent to “the big fight,” and is missing the ongoing day-to-day reality of the competition. He said that there are two ways to assess for defense planning scenarios: capability-based or threat-based.

“Nobody likes to do the threat-based one, because what they quickly realize is that all of these huge high-dollar programmatic things don’t often get to play in the conflict in the actual real threat.”

Mitchell said he is “extremely disappointed” in the degree of change in SOF strategy and organization.

“They’ve only tinkered around the margin. There’s a very long way to go to really fully embrace this mission of competition short of armed conflict.”

However, Mitchell noted that such changes are hampered by SOF still being heavily engaged with counter-terrorism and counterinsurgency.

He believes that SOF is also overlooked because it doesn’t have a seat at the political table.

The highest civilian representation of SOF is the assistant secretary of defense for special operations/low-intensity conflict (ASDSOLEC), a position held by Mitchell in 2017 before resigning.

“In the ’80s, these were very influential and frequently had direct access to the secretary of defense,” he said. “The Pentagon bureaucracy has changed over time. SOCOM has grown dramatically in terms of their annual budget, their influence, and the number of people, while ASDSOLEC has remained almost unchanged.”

The solution, he says, is to bump special ops up a rung by creating a new position: undersecretary for special operations and irregular warfare.

“If we’re going to truly compete and if the special operations community is going to contribute, we need to have an undersecretary—somebody who has access to the secretary of defense, the authority to make changes in SOCOM, and with real influence across the department’s bureaucracy, and who is also on the Joint Staff.”

As he put it, “You got to have somebody in the room when the big decisions are made. If not, it’s just going to get a conventional response.”

Bradin said that the role of SOF is hamstrung by limited perceptions of their capabilities.

But there has always been a misperception about the role that special operations play, even before 9/11, Bucci said.

Before then, people wouldn’t believe him when he told them that the Green Berets were “the Army school teachers,” assuming that he was spinning a line because of secrecy. “But that’s really what we did most of the time.”

Even within the special operations community, some people have forgotten their legacy.

“We’ve had to go back and retrain people and reorient them,” said Bucci. “Because there are some guys that are on Special Forces teams now or in the SEALs who’ve never done anything but kick doors in and search for terrorists.”

The National Defense Strategy explicitly calls for the U.S. military to compete in great power competition “under the threshold of conflict,” sometimes referred to as operating “in the gray zone.”

The term “gray zone” was coined largely to describe the irregular tactics used by Russia to grab parts of Ukraine without sparking a conventional conflict—by essentially gaming the Western triggers for conventional warfare.

But the broader concept of the military operating outside of conflict is not new, Bucci noted.

“Frankly, our special operators and [the British SAS] and the French have been doing that kind of stuff for a long time, right?” he said.

Bucci said those operations were naturally “a lot less nefarious than what the Russians do.”

For example, he said special operators go to countries in Africa to train their conventional forces or their equivalent of special forces before any hostilities, a time period called “phase zero.”

“You’re pre-conflict, trying to build intelligence networks, just plain old-fashioned relationships with their military, trying to develop the capability of friendly countries, whether it be law enforcement, intelligence, or military. So that, hopefully, that stuff doesn’t grow to a larger conflict.”

Bucci said that SOF has been making something of a return to those skill sets.

“Do we need to do more of it? Probably, yes. But the problem is, there’s still terrorists out there. So we can’t just give up on that focus either. The blessing and the curse of special operations is they’re very flexible, very useful in lots and lots of scenarios.”

Proxy Struggles of the Cold War

Jones pointed out that in the Cold War, there was also a shift from conventional toward unconventional warfare and proxy theaters.

“The primary Russian activity—not unlike the [contemporary] Chinese in many ways—became one that was heavily focused on irregular activity, including providing assistance to forces in Latin America, in Africa, in Asia, both government and non-government.”

It wasn’t until the 1980s under President Ronald Reagan that the United States really turned to embrace the unconventional side, Jones says. He believes the U.S. strategic thinking is suffering from a similar lag.

He said that historical assessments from Russia suggest that they lost the Cold War because of the success of U.S. influence operations across the globe, such as the support of populations rising up in Eastern Europe and the support of the mujahedeen in Afghanistan.

Secretary of Defense Mark Esper has previously noted that the United States is facing China in all theaters.

Mitchell said that recent discussion on pulling out of Africa is “very myopic,” because Africa is a theater of competition with China, along with South America and Central America.

“The Pentagon is just not comfortable with these irregular concepts, and SOCOM to a large degree, because they become so dominant in direct action. They have lost competencies in the other parts of the competition, particularly in the influence realm,” he said.

He was involved in a project around 2010 that saw SOF offer unprecedented access to documentary makers. But he said they were turned down repeatedly, because by that point, the SOF had moved away from direct action.

“The only thing that the film industry wanted for content was door-kicking, people shooting people. I said, ‘Hey, man, you missed that—that was the last nine years. The next nine years going forward, we’re working with our partners, they’re running the show, we’re behind them providing training and support and mentorship.’

“A guy sitting out there in a dusty, nasty Afghan village, living with the Afghans, eating goat meat three times a day… it’s not going to get the TV ratings they need,” said Bradin. “So the narrative, in my opinion, gets lost.”