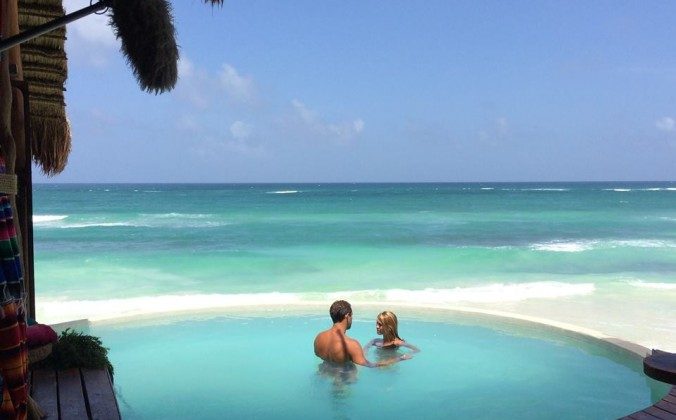 Bachelor in Paradise Finale Spoilers: Marcus Grodd, Lacy Faddoul; and Cody and Michelle End Show Together as Other Couples Break Up (+Date)

The Bachelor in Paradise finale is set to next Monday and spoilers have emerged about what will happen in the final episode.

The spinoff show has seen a number of cast members come and go as two new people joined each week and two people were eliminated.

Two of the strongest couples, Marcus Grodd and Lacy Faddoul and Cody Sattler and Michelle Money, end the show together, Reality Steve says.

Episode 7 on September 8 features the remaining six couples being told that their relationship will be tested.

For the couples that decide they want to continue, there are fantasy suite overnight dates.

Steve says that it’s unclear when Zack Kalter and Jackie Parr break up, but they do at some point.

Marcus and Lacy and Cody and Michelle go on the fantasy suite date and both couples decide to stay together.

“This is when three former couples (Des & Chris, Sean & Catherine, and Jason & Molly) are brought in to talk to the couples who decided to stay together. So they only talk to Marcus & Lacy, and Michelle & Cody to give advice on making their relationship work. And that’s how the show ends. Nobody ‘won’ anything. Well, other than each other. Both those couples are still together and are apparently head over heels for each other,” Steve says.

He later revealed that Marcus and Lacy got engaged at the end of the show.

There’s no reunion special scheduled but host Chris Harrison recently said that the show’s producers are strongly considering one.