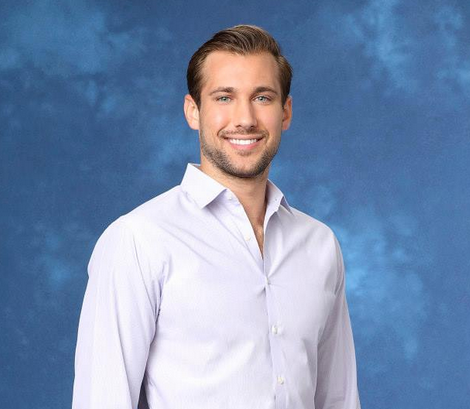 Bachelor in Paradise will end with Marcus Grodd and Lucy Faddoul, both former contestants in the franchise, getting engaged.

Blogger Reality Steve reported that Grodd and Faddoul leave the show engaged, and a source later confirmed the rumor with Us Weekly.

Grodd, 25, is a sports medicine manager while Faddoul is a nursing home owner. He told Dorfman that he loved her but she rejected his advances and sent him home. Faddoul was eliminated after the inaugural cocktail party by Juan Pablo.

Steve says that Bachelor in Paradise, which has already been recorded, ends with only two couples together–Marcus and Lacy, and Cody and Michelle.

The spinoff is slated to premiere on Monday, August 4 and run for six episodes.

19 of the 25 total former contestants are from the last two seasons of The Bachelor and The Bachelorette, including Pablo’s and Dorfman’s seasons.

“They all left The Bachelor or The Bachelorette with broken hearts, but now they are back to find their soul mates. Bachelor in Paradise begins with 14 former cast members, eight women and six men, who travel to beautiful Tulum, Mexico hoping to turn a potential summer fling into the real thing. However, in true Bachelor fashion, there is always a surprise. At the first rose ceremony, the six men are given a rose to hand out to a woman they’d like to spend more time getting to know in paradise. With an uneven number of men and women in the group, the two women left without roses are immediately sent home heartbroken,” ABC says, describing the show.

“Just as potential couples start to pair up, everything changes drastically in the next episode when two new men arrive to paradise with love on their mind. For seven weeks, each episode will alternate between two new men or women joining the cast. New relationships may form and current ones may end. Every week, the two people who don’t receive a rose will be forced to leave paradise. It’s a constant love shuffle where surprise arrivals can rekindle old romances, spark new ones or splinter existing love affairs.”