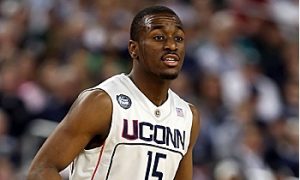 Even while growing inside their egg cases, some embryonic sharks keep very still when predators are nearby to avoid being detected.

Adult sharks use electroreception for hunting via sensitive receptors in their skin that can detect their prey’s electric fields. Similarly, babies in some shark species can escape being preyed on by detecting predators.

In their study, three Australian researchers looked at baby brown-banded bamboo sharks, Chiloscyllium punctatum, and created electric fields to mimic the presence of a predator. In response, the baby sharks ceased any movement of their respiratory gills, and quickly coiled their tails around their bodies, suggesting that they can sense and avoid danger.

Like some other vertebrates, they may also be able so slow their heart rate down to consume less oxygen and allow the animal to stop breathing for longer.

However, the baby bamboo sharks eventually resumed breathing, even while exposed to the predator stimuli, but with much reduced gill movements.

“Despite being confined to a very small space within an egg case where they are vulnerable to predators, embryonic sharks are able to recognize dangerous stimuli and react with an innate avoidance response,” said study co-author Ryan Kempster at the University of Western Australia in a press release.

“Knowledge of such behaviors may help us to develop effective shark repellents.”

The study was published in PLOS ONE on Jan. 9, and can be accessed here.