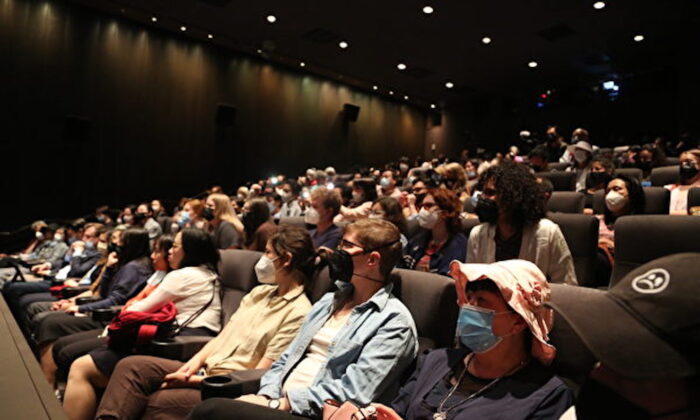 The award-winning documentary “Eternal Spring” had two sold-out screenings in New York this week. It will be screened in Poland at the end of May and will return to the United States in June in New Jersey and Los Angeles, California.

“Eternal Spring” was screened at the 2022 Human Rights Watch Film Festival in New York on Monday and Tuesday.

The Canadian documentary uses a combination of animation and real-person interviews to reconstruct the incident of tapping into the Chinese communist regime’s TV broadcast in Changchun City (the literal meaning of the city’s name is “eternal spring”) in northeast China 20 years ago.

The media in China, all controlled by the state, have been airing hateful propaganda against Falun Gong since the regime launched its persecution of the faith in 1999. Falun Gong is a peaceful spiritual practice based on the principles of truth, compassion, and forbearance.

On March 5, 2002, a group of Falun Gong practitioners risked their lives to tap into the broadcast system in Changchun to air the truth about the practice and the persecution. Most of them were subsequently arrested, tortured, and killed by the regime.

Their friends from Changchun attended the premiere of the film at the Elinor Bunin Munroe Film Center at Lincoln Center in New York on May 24.

Wei Lisheng, who knew many of the participants of the Changchun incident, told The Epoch Times, “Lei Ming, Liu Chengjun, Liang Zhenxing, Liu Haibo, they are all dead. I will speak for them now.” Wei Lisheng said, “I want to tell the people of the world about their heroic actions, and let people know the truth about the persecution of Falun Gong.”

Jason Loftus, the director of “Eternal Spring” and winner of the Peabody Award and Canadian Screen Award, and lead animation artist Daxiong came to the premiere to interact with the audience after the screening.

Daxiong told The Epoch Times: “The way of heaven is above the way of the human world. If the purpose of delivering the truth is to save people, that means we should have the courage to fight against the evil law. This is what’s so great about the Falun Gong practitioners in the Changchun incident. I want to tell their story to more people around the world.”

”What I witnessed was people who were willing to sacrifice a lot more than I was facing in order to be able to speak the truth in the face of injustice. And I just figured, if we don’t do the same with the freedom that we have here, then we may regret that in the long run. So I think it’s important that we use the freedom we have to speak up,” he said.

Chinese human rights lawyer Teng Biao watched “Eternal Spring” for the second time. He told The Epoch Times that “telling the truth is really important. And as we see in this movie, so many courageous Falun Gong practitioners and human rights defenders sacrifice their freedom, even their lives, to have the truth [told].”

“I was a human rights lawyer and I was kidnapped and detained and tortured a few times. But many, many of my friends are still in prison. So, we cannot take freedom for granted. To tell the truth and to remember to resist, … it has power,” he added.

New York-based writer Steve Mackes told The Epoch Times: “I really liked the way it was crafted with the animation. There’re so many things going on with China which is just repressive. People were punished for just trying to live their lives in a good way. They’re trying to tell the truth in any way. It’s very needed. It’s very moving. Yeah, I thought it was great.”

So far, “Eternal Spring” has won multiple awards at film festivals around the world, such as the Movies That Matter in the Netherlands, the Thessaloniki International Film Festival in Greece, and the Hot Docs Film Festival in Toronto.

Sarah Lu contributed to the report.