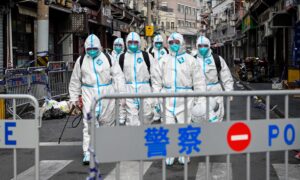 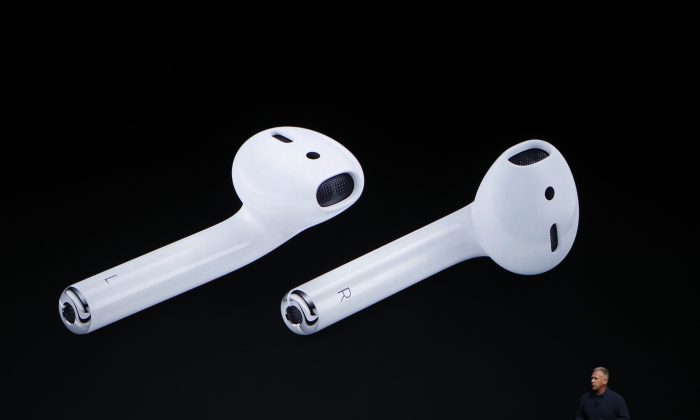 China’s GoerTek, an assembler of AirPods wireless headphones, will become the biggest supplier of Apple equipment so far to move production out of China because of the high tariffs recently imposed by the United States on hundreds of billions of dollars worth of Chinese goods.

GoerTek will relocate production of AirPods to Vietnam, as reported on Oct. 12 by the Nikkei Asian Review, a Japanese economic publication.

Apple’s AirPods, introduced in December 2016, have generated good revenue for Apple. Although Apple hasn’t published the relevant sales data, Fortune magazine and other media quoted KGI Securities analyst Ming-Chi Kuo, as saying in December 2017 that Apple sold 13 million to 14 million AirPods units that year; sales this year may come in at 26 million to 28 million units, accounting for more than $4 billion in revenue.

Market research organization NPD reported that the AirPods, which cost $160, have about 85 percent of the market share for wireless headphones.

GoerTek has told Apple about the plan, and made inquiries with all related suppliers in the AirPods production chain, Nikkei reported. Apple has asked suppliers to confirm by week’s end whether they can ship the necessary parts to Vietnam.

GoerTek, which is based in Weifang, in eastern China, expects that its suppliers can keep their contract prices and maintain production schedules. According to Nikkei, GoerTek and Apple will enter discussions about future cooperation.

Currently, GoerTek has a factory near Hanoi, Vietnam, that produces wired headsets for iPhones.

Taiwanese manufacturer Cheng Uei Precision Industry, which supplies iPhone chargers and connectors, has also discussed the possibility of a production move out of China.

Tai-Chiang Gou, chairman of Cheng Uei, said the best places to replace mainland China would be the Philippines, Thailand, and Vietnam. Another option is a factory on the outskirts of Taipei, the Taiwanese capital; that site would need only one or two months to ramp up its manufacturing capacity, Gou said.

Gou, who said that he will consider the move following the U.S. midterm elections on Nov. 6, indicated that any decision would depend on whether Washington imposes a third wave of tariffs on the currently unaffected $260 billion worth of Chinese goods.

Pegatron, another Taiwanese iPhone parts supplier, is mulling similar plans. CEO S.J. Liao said in August that Pegatron has prepared to take risks, while Chief Financial Officer Charles Lin said plans are to boost production at sites in the Czech Republic, Mexico, and Taiwan. The company also is looking into establishing factories in India and southeast Asian countries.

Since the start of the Sino-U.S. trade war, an increasing number of manufacturers have moved operations out of China, or have indicated plans to exit.

At the same time, Capstone International HK, a unit of consumer electronics goods maker Capstone Cos., is looking to trim its exposure to China; Premier Guard plans to move 30 to 60 percent of its production to the United States from Chian; and Walmart is seeking foreign substitutes for Chinese production of cosmetic products and toiletries.