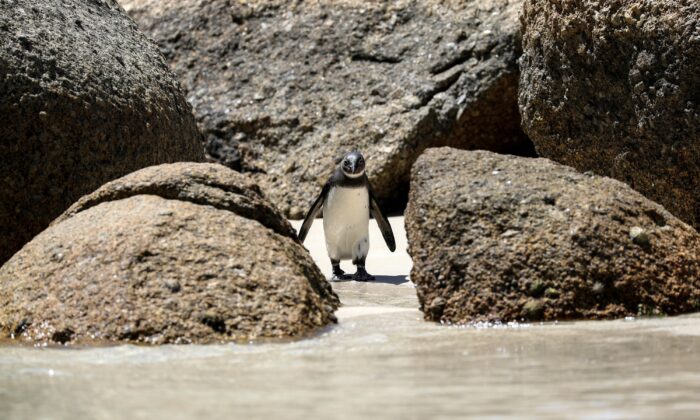 City and provincial officials said the strain of highly pathogenic avian influenza was similar to that detected among a range of wild seabirds, including Cape cormorants and common terns, since May last year after a similar outbreak in 2018 killed hundreds of endangered penguins and other birds.

African penguins, also known as jackass penguins, are the only species that breed on the continent but their numbers have been falling sharply over the years due to a loss of habitat and declining fish stocks.

“Closing the Boulders colony to visitors is not justified at this stage, but visitors must stay on designated boardwalks,” said a joint statement issued by South African National Parks, the Western Cape veterinary services and bird conservation body SANCCOB.

There are an estimated 3,000 penguins at Boulders Beach in Simon’s Town close to Cape Town, authorities said.

“Avian influenza holds almost no risk to humans, but if transmitted from wild seabirds to poultry flocks, poses a great risk to the agricultural sector,” Anton Bredell, Western Cape minister of environmental affairs, said in a statement, adding that the local disaster management center had been alerted.

In a separate statement, the national Department of Forestry, Fisheries, and the Environment said on Friday that areas around major penguin colonies were temporarily closed to commercial fishing for anchovy and sardines from Sept. 1 in a bid to support declining penguin populations.

“The sardine stock in South African waters continues to be at historically low levels. Competition for food is thought to be one among a set of pressures that are contributing to the decline of the African penguin population,” the department said.