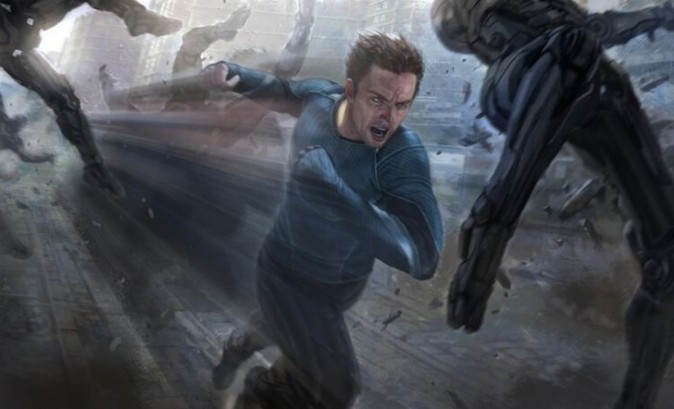 The background of the latest two superheroes/villains in the Avengers series, Quicksilver and Scarlet Witch, have been revealed.

In an interview with iamRogue, Avengers: Age of Ultron stars Aaron Taylor-Johnson (Quicksilver) and Elizabeth Olsen (Scarlet Witch) say that their characters are of Eastern European origin, and they will offer a new flavor to the current cast of superheroes.

“It was like, lets try and make these characters so different,” said Taylor-Johnson.

“And it was cool to be playing Eastern European as well. So we are trying to embrace that.”

Although the Taylor-Johnson, who happens to also star in the upcoming Godzilla (2014) movie with Olsen, was only keen for a role in Age of Ultron if he could “stand out” from the large superhero cast, he had really little to worry.

“Just before I started Godzilla I met Joss (Whedon), ” Taylor-Johnson explained. “He said to me, ‘Do you want to be in Avengers 2? There is a superhero I’m thinking of for you.’ The thing for me was for him, ‘Why add any more superheroes to this thing?’ He said, ‘No, there are these two characters that I want to bring in to like mess with the Avengers and not be just an add on.'”

“You know, you’ve got five of the most awesome super heroes, ten I suppose, there are about ten Avengers now, and they are all movie stars,” Taylor-Johnson continued. “You’ve got such a huge cast, what the hell difference is it going to make if I come on the scene?”

The star of Kick-Ass movie series added, “So it was the character and that took about a year of going back and forth about it.”

“It took a while but I’m super happy to be in that one.”