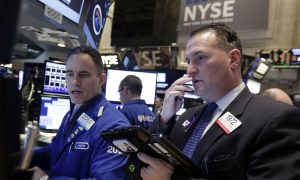 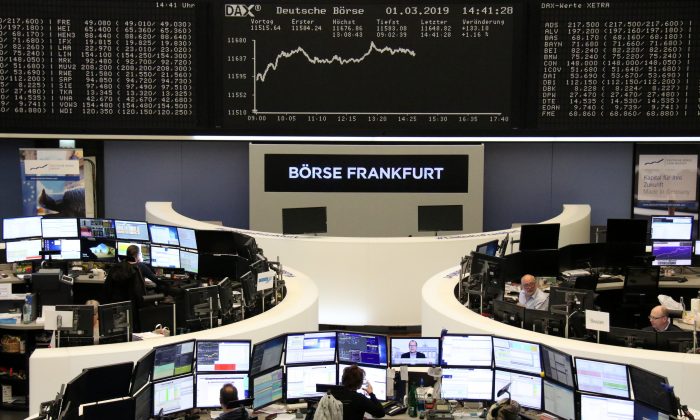 European shares were on course for a fifth day of gains on March 19, powered by a strong rally in automakers after Peugeot suggested Fiat Chrysler was among the options for a merger, and as Bank of America Merrill Lynch talked up stocks in the sector.

The rally was also spurred by investor anticipation of a more accommodative Federal Reserve, as well as some likely short covering as fund managers named bearish bets in European equities as the “most crowded” trade for the first time.

“There is likely to be some short covering today given that sentiment across the world is positive in stocks and some traders have been viewing the poor economic indicators of the eurozone as justification for shorting the eurozone,” said CMC Markets analyst David Madden.

Madden said the Fed was likely to maintain its data-driven policy approach. This would follow moves by the European Central Bank two weeks ago to reloosen policy and pump more money into the financial system, offering hope of a continuation of stock market gains.

The auto index was boosted by a 5 percent jump in Fiat Chrysler after the president of Peugeot family holding company suggested that it was among the options for a merger, and Bank of America Merrill Lynch recommending contrarian investors buy select carmakers.

Daimler, Volkswagen, and Porsche were among BAML’s top picks, helping German stocks stage a rebound from Monday’s fall to a five-month high and lead gains in the region.

The merger talk took the respective country index’s higher. Shares of Fiat Chrysler were among the top three gainers on the benchmark STOXX index.

Retail and basic resources stocks were also particularly strong, while bank stocks handed back early losses to trade up 0.15 percent.

Scandal-hit Danske Bank fell more than 5.6 percent in the aftermath of a vote by shareholders against a proposal to break up the bank.

Brexit news pointed to a delay in efforts by British Prime Minister Theresa May to get her divorce deal through parliament.

The speaker of parliament on March 18 ruled May could not put her deal to a new vote unless it was re-submitted in a fundamentally different form. May is due at an EU summit in Brussels on March 21 at which she will ask for a delay to Britain’s planned departure from the bloc on March 29.

“We still don’t see a ‘Hard Brexit’ over the coming weeks or so. It’s already been highlighted that there are quick fixes around what was presented earlier. Focus will be on Brussels and what comes out of the meeting there,” said Geoffrey Yu, head of UK investment office at UBS Wealth Management.

Online supermarket Ocado climbed to a record high after posting strong gains in first-quarter retail sales despite a fire at its flagship distribution center.

Luxury stocks got a lift from positive trade surplus data from Switzerland, with the retail index gaining nearly 1 percent.

French telecoms operator Iliad dropped almost 3 percent after the company cut its cash flow target for 2020 in France and added it was considering the sale of part of its mobile assets.