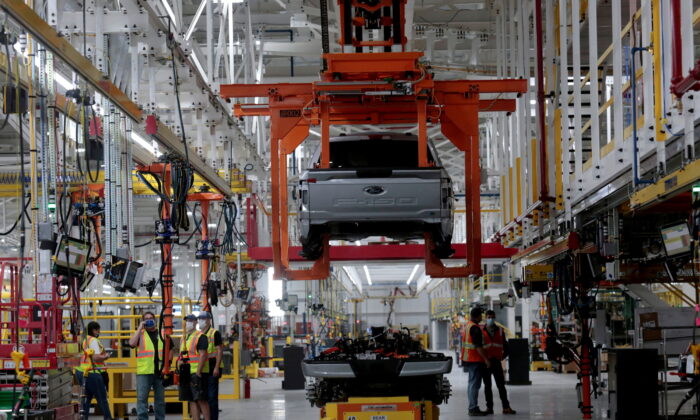 Auto Analyst: Soaring Steel and Other Commodity Costs Are Weighing on Margins

Shares of U.S. automakers Ford Motor Company, General Motors Company, and Tesla Inc are all down more than 32 percent in 2022 as the auto industry struggles to deal with ongoing supply chain disruptions and rising commodity costs. Unfortunately for the struggling automakers, Bank of America analyst John Murphy said this week that commodity cost pressures remain at an all-time high for the time being.

Murphy estimates the current total commodity cost per U.S. vehicle produced is about $4.950, up about 124 percent in the past two years. Murphy said automakers have been able to increase average transaction prices for new vehicles up to this point to help offset commodity cost pressures, but they may not be able to continue that approach for much longer. He forecasts U.S. auto ATPs will likely begin to fall in coming years as production volumes recover.

“As such, the compressing spread between these two factors should pressure operating margins/profits for both automakers and suppliers, in addition to other incremental costs manifesting across the value chain right now, including premium freight, inventory carrying costs, and other expenses from operational inefficiencies with supply chain disruptions,” Murphy said.

How to Play It

Despite the rising cost headwinds, Murphy still sees buying opportunities among U.S. automakers. Bank of America has the following ratings and price targets for the stocks mentioned: