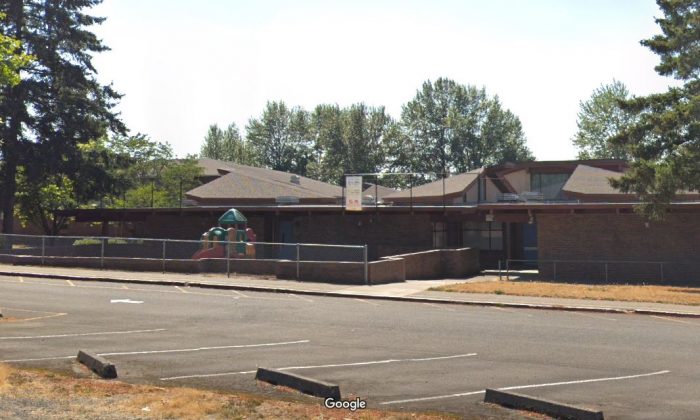 Autistic Child Was Locked Out of School on Purpose: Family

A Washington state principal was placed on leave as authorities launched an investigation after an autistic student was allegedly locked out of his school on purpose.

Surveillance footage captured the 11-year-old boy wandering outside Springbrook Elementary School on Dec. 14, 2018, for about 15 minutes. The video appears to show staff members refuse to let him in, with one teacher escorting him back outside when he tries to go in with a group of students after recess.

At one point, he walks up to a classroom window and looks in, but the teacher closed the blinds.

“Every time I watch this video it breaks my heart,” Lovine Montgomery, grandmother to the autistic child, told KIRO 7.

Montgomery said the situation started when her grandson asked to use the bathroom. Special needs students are allowed to use the bathroom at any time but the principal allegedly refused to let him. When he tried to pass her, she took a step back, but the child gave up and went out the back door.

“That’s when she locked him out,” Montgomery said.

During the time the child was locked out, the principal told staff over the PA system to not let him in, family members said. He wandered around to the front door, but that was locked as well.

After about 15 minutes, another student let him in. According to Montgomery and other family members, that student was suspended for two days.

“Imagine how my son was feeling? This is bullying,” the autistic boy’s mother Javohn Perry said.

After confirming it had launched an investigation and placed the principal on administrative leave, the Kent School District declined to comment on the situation, reported KIRO 7.

Child with autism locked out of school https://t.co/bM9kmrpLsR

Child With Autism Seen Being Dragged Through School

Video footage posted by a school in Lexington, Kentucky, shows staff members dragging an autistic child through the facility on Sept. 14. The boy’s mother, however, accused the school of abusing the boy, claiming he had cuts and bruises.

“My son was having a meltdown. He refused to get up off the gym floor, and a teacher and a school nurse dragged him down a hallway until they could get him to the resource classroom,” Grayson told the station. “The teacher had messaged me that they had to pick him off of the gym floor earlier in the day. But she did not say that he was dragged down the hallway,” added Grayson.

Grayson said that the video that was provided to her (seen below) appears the boy with his service dog being picked up and dragged down a hallway after refusing to get up. Later, she said that he suffered bruises and cuts.

The Fayette County School System said that an investigation is underway.

Grayson told WSAZ that she felt the response wasn’t necessary: “It’s just made me more mad. How could somebody who works with a person with disabilities lose their cool like that and just be, you know, not thinking about how this is going to not only physically hurt a child but psychologically hurt them as well?”

“We are committed to ensuring the safety and well-being of our students and take any and all reports of this nature seriously. While we cannot discuss individual personnel matters, we can say that in a situation involving these types of allegations, we would make a report to the cabinet for health and family services and place the employee involved on administrative leave until the investigation is complete,” the school said in a statement.

The Lexington-Fayette County Health Department told the outlet that a nurse involved in the incident was placed on administrative leave.

“A school health nurse has been placed on paid administrative leave pending the investigation. We continue to work with Fayette County Public Schools to investigate the matter. We cannot comment further at this time,” the agency said.