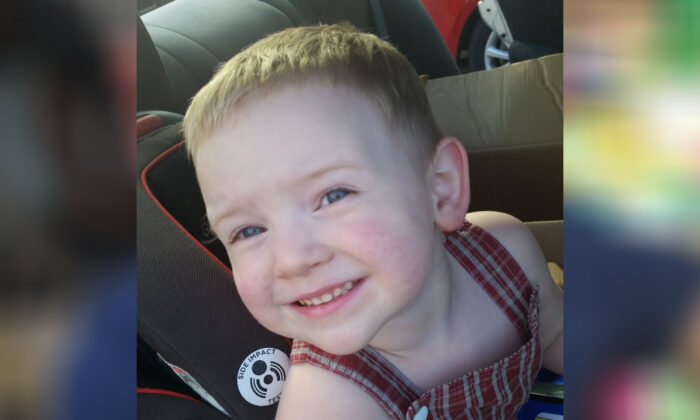 Photo of 5-year-old Nathan. (Courtesy of Summery Putnam)
US News

The family of an autistic 5-year-old boy has spoken out after East Ridge Elementary punished him for hugging classmates.

“I was sick to my stomach,” Putnam told WTVC. “The teacher called me and she said, ‘You need to have a talk with Nathan about boundaries.'”

She said the teacher accused Nathan of sexual behavior after he hugged a classmate and kissed another classmate on the cheek.

Putnam added that the 5-year-old’s behavior is misunderstood due to his autism.

“If you don’t understand how autism works, you’ll think he’s acting out or being difficult,” Putnam said, according to WTVC. “But, that’s not the situation.”

The guardian said being unable to read social cues can be difficult for Nathan due to the developmental disorder.

After being asked how Nathan is going, Putnam told The Epoch Times on Sept. 25 that “Nathan is doing ok.”

“We don’t talk about it around Nathan,” she told The Epoch Times. “He doesn’t understand a lot of it and The [sic] big issue is this will stay on his record permanently. I have to be his voice because he doesn’t have one.”

“Who do you turn to for help when the school will not even listen to the child’s doctor when he explains the child’s difficulties in his comprehension of simple things such as boundaries,” she wrote, according to Fox 45.

Tim Hensley, a spokesperson for the Hamilton County Department of Education, responded with a statement.

“School personnel are required to concerns regarding children to the Department of Child Services (DCS). It’s up to DCS to determine if those reports are acted on by DCS and what form those actions may take.”

Nathan is now enrolled in special education services with different teachers and classmates.

According to the Centers for Disease Control and Prevention (CDC), autism spectrum disorder is a developmental disability that may cause people to communicate, interact, and behave in ways that are different from most people.

There are behaviors that they will repeat and daily activities they are unwilling to change.

Learning, thinking, and solving abilities can range from gifted to severely impaired.

There is currently no cure for autism, but there are treatment services that can help autistic children gain developmental skills.

Early intervention treatment services help newborns to 36-month-old children to talk, walk, and interact with others.