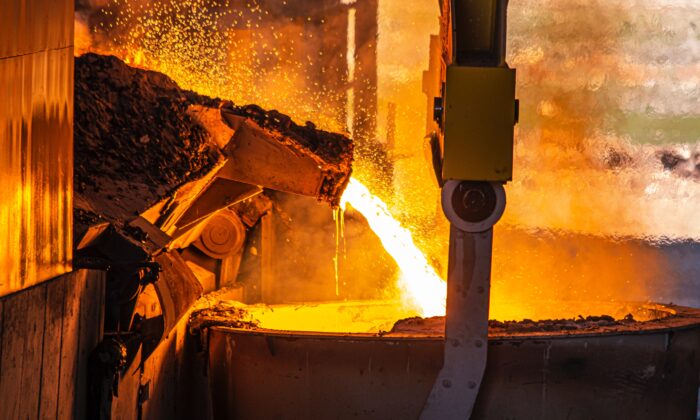 Australia recorded its highest account surplus over the June quarter on the back of iron ore exports while domestic economic activity also increased.

The account surplus was driven by a trade surplus that was led by sky high prices and demand for iron ore and other minerals from China.

In the month of June alone, Australia exported a record high $15 billion of ore to the Chinese communist regime.

While the value of exports increased, the volume of exports actually decreased due to shipping disruptions from various reasons, such as COVID-19 and weather.

While the trade sector recorded a surplus, the financial account fell a further $9.6 billion into a total deficit of $24.2 billion, as more Australians had their investments moved overseas.

“The movement was due to resurgent offshore investment activity by Australian superannuation and investment funds as a result of a more positive global economic outlook and favourable equity markets conditions overseas,” ABS Head of International Statistics Andrew Tomadini said.

The ABS also announced today that the nation’s gross domestic product (GDP) increased by 0.7 percent over June quarter and 1.4 percent over the 2020-21 financial year.

Treasurer Josh Frydenberg said these numbers confirm that the Australian economy had grown over the quarter, ahead of market expectations, but admitted the economy had difficult days ahead.

Smedes noted that the earlier short lockdowns had minimal impact on household spending, while the current extended lockdowns began after the June quarter.

This means the data does not reflect Australia’s current economic situation after extended hard lockdowns were implemented in the country’s two biggest states, New South Wales and Victoria.

The lockdowns have devastated the NSW jobs sector, with the Institute of Public Affairs (IPA) finding that between June 26 and July 17, 200,000 small business employees, 64,000 medium-sized business workers, and 12,000 large business workers were laid off.

Australia’s iron ore exports have also been heavily impacted by plummeting prices. According to data from Trading Economics, iron ore prices dropped almost 40 percent in one month from the later half of July, before slightly recovering.